Hexis Quandrant (HQ) | “For several years, Australian suppliers raised allegations and complaints against the major grocery retailers in Australia relating to inappropriate use of market power by the retailers in a highly concentrated market similar to New Zealand. This had such serious implications for the Australian grocery industry and supplier base, that it became a catalyst for the creation of the Australian Grocery Code of Conduct.  In 2015 Australia launched its Grocery Code of Conduct.

“The Code aims to deliver more contractual certainty in trading relations between suppliers and supermarkets, encourage the better sharing of risk and reduce inappropriate use of market power across the value chain.

The Code sets out clear obligations to ensure key elements of Grocery Supply Agreements are discussed and agreed up front. It does not seek to impose overly restrictive rules on commercial negotiations, but rather provides commercial flexibility within a set framework of requirements and controls on behaviour.”

In Australia, the Code of Conduct does not prevent retailers from making changes to their commercial arrangements with vendors, it simply addresses how they negotiate and the conduct they exhibit in doing so.

Has New Zealand reached such a point?

We believe that the New Zealand grocery industry is at a similar juncture, and that the recent behaviour shown by some members of the Foodstuffs North Island (FSNI) business should be urgently addressed with the implementation of a similar code of conduct, and that the retailers in New Zealand should be held accountable by an independent government appointed ombudsman or regulator to ensure they do so fairly and equitably.  Now is the time to create the change necessary for protection of the hard-working supplier base in New Zealand.

So why does New Zealand require a Grocery Code of Conduct?

In 2019, FSNI articulated the desire to transform New World supermarkets to be a consumer lead world class retailer. As they are entitled to do, FSNI commenced working with its vendor network on a significant transformation of their commercial trading model, as it applied to NewWorld and Four Square stores.  The changes were clearly articulated to vendors as a simplification of the FSNI commercial model moving to a streamlined trading terms approach rather than separated head office and store level trading payments. FSNI diligently communicated clear timelines of how this was going to take place with:

Twelve months on from the commencement of negotiations for the changes to the model, we are forced to ask:

Do vendors in the New Zealand grocery market have equal market power with their grocery retailers?

In late 2019 FSNI commenced its commercial model transformation with LEAF 1.0, the conversion of Head Office Co-op to a fixed percentage rebate amongst other things. Initially vendors were given the right to opt out of this rebate and measure of the rebate structure if it did not work for them. By March 2020 FSNI language had changed to be very clear that this was no longer the case and that to ‘opt out’ meant vendors would no longer be eligible for catalogue (trade flyer) activity. A key driver of sales opportunities through advertised promotional activity delivering increased consumer purchases, improved store compliance and elevated stock weight in retail stores for suppliers’ products.

There were three issues with this situation:

Fast forward to April and May 2020, and vendors still not signed on to the LEAF 1.0 rebate were being heavily leaned on by members of the FSNI commercial team to comply. While many businesses were struggling with the challenges of COVID-19, FSNI continued to drive forward with their commercial model agenda regardless of the market circumstances, including:

“If you have decided not to be part of our centralised promotional program (Project Leaf), can I please ask you to engage urgently with your respective Merchandise Manager to guide you through the full implications…”

With the semi-conclusion of LEAF 1.0 the next wave of negotiations was commenced, namely Centralised Store Display Co-op. This new negotiation was where the lack of prior diligence by several suppliers began to influence future negotiations.

The Centralised Co-op approach was to roll-up each vendors’ discretionary store level investment. The use of discretionary investment by vendors at store level is to activate a ‘Pay for Performance’ metric to ensure execution and compliance within each store. Pay for performance has underpinned historical sales results generated by vendors across 100% of the available off location display space in store.

In exchange for capturing these funds FSNI would compulsorily allocate only 60% of the off location display space across the New World supermarkets in exchange for 100% of the investment. Simple maths tells you that 100% does not go into 60%.

With vendors being severely pressured into conceding to these demands with little to no assurances, very little time to complete the necessary level of due diligence, having just recovered from the Coronavirus lock-down and with various implied threats from FSNI for example:

Given the implementation that has taken place by FSNI so far, it is fair to suggest that the approach and tactics used by FSNI to secure vendor agreement directly contradicts the consumer centric strategy initially outlined by FSNI.

In-store displays, promotions and catalogue based activity for both major and minor consumer brands, being threatened with cancellation due to not agreeing to FSNI’s demands, is surely not in the consumers’ best interests, nor the position of a partnership so often used in language by the FSNI commercial team.

“…it seems your management team are still refusing to sign with leaf so we can get on with business. This is really disappointing as it clearly shows they place little to no value on a foodstuffs relationship.”

So, what are the implications for the future?

We have seen several impacts for suppliers:

So, has there been a misuse of market power?

While asking this question of the grocery retailers’ in the worlds most concentrated retail marketplace, suppliers are also not off the hook.

Preparation, conducting the necessary due diligence and developing a strategic plan are all fundamental to reduce the impact of commercial negotiations in the current trading environment.

We encourage all New Zealand vendors to prepare thoroughly in future as the FSNI Commercial Model transformation is far from complete, with Net Net Pricing and Centralised Merchandising still to come.

As there is no Grocery Code of Conduct to help level the playing field existing in New Zealand, a thorough and complete understanding of embarking on a commercial negotiation with a retail partner to identify:

are critical to determine now, rather than waiting until the pressure is being applied once again by any major customer.”

Hexis Quadrant (HQ) are an independent consulting firm working across consumer goods and retail businesses in Australia and New Zealand. With extensive experience in sales, marketing and category, they specialise in building bespoke solutions to business-critical problems that include strategy, planning, negotiations and trading terms.

Its team is made up of industry professionals that have worked at executive level and above in a range of local and international blue-chip businesses across multiple channels and markets. 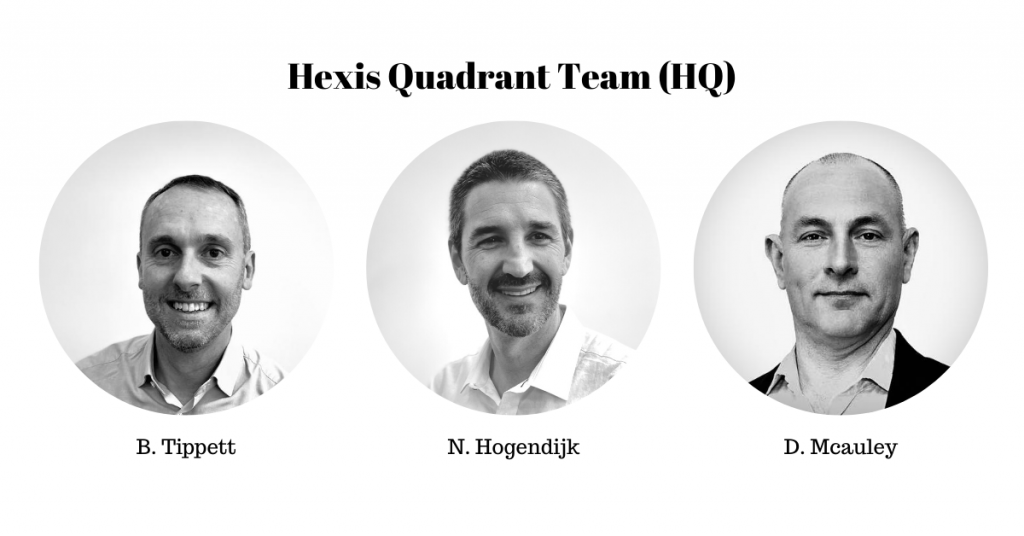 Coca-Cola Co. has acquired a minority stake in premium sports drink brand BODYARMOR. The beverage giant and BODYARMOR reached an agreement in which Coca-Cola…