Tuatara Brewery has launched five new beers, simplifying its beer brand names and introducing a striking new packaging design showcasing the same tuatara eye that has long been an icon for the Kapiti based craft brewery. The updated packaging will adorn new Tuatara beer boxes and bottle labels with a reptilian inspired tuatara eye that will look right at home in a local bar, or in the door of the fridge at home.

In addition to the new packaging, the brand is also taking the opportunity to update the range and introduce some new exciting styles. The new beers include a new IPA, a Hazy Pale Ale, a Hazy IPA, a Baltic Porter and a NZ IPA. A number of beers from the old range will step aside to make way for the introduction of the new brews.

The Head Brewer at the Paraparaumu brewery, Brayden Rawlinson, who along with Tuatara Founder, Carl Vasta, developed the five new beers said he was excited for people to try the new Tuatara brews: “We’ve had a lot of fun with this new line up.”

“We’re a big fan of hazy styles and have been playing around with them a lot in the last year - our customers can’t seem to get enough of them. The new Hazy IPA is a refined recipe based on the crowd favourites Suspense and Kilmog Fog. And the new Hazy Pale Ale we are launching is, in my opinion, the ultimate hazy - with all the big flavour and aroma you should expect from this style, but with a slightly lower ABV,” says Rawlinson.

“Last year we did a Baltic Porter at The Third Eye, our Wellington microbrewery, and it was one of our most popular beers so we’ve been itching to release another for people to get stuck into. We also know that Tuatara drinkers love Kiwi hops and our new NZ IPA has a massive hop profile that really celebrates the prodigious tropical characteristics of NZ grown hops,” says Rawlinson.

“And then we have the new IPA – which is the beer we’re all the most excited by. It’s got big tropical flavours and a beautifully balanced bitterness - kind of a Frankenstein beer, in the best way, because we have created something that we’d all like to drink,” says Rawlinson.

Tuatara Founder, Carl Vasta, added that the new packaging made great sense for the brand.

“The time is right to shed our old skin. We always like to challenge ourselves to be better, and so we’ve taken a look at our core range and have simplified it to make it easier to navigate. The style of each beer has been made bigger and clearer so hopefully customers will find it easier to find what they want,” says Vasta.

“We go to great lengths to put quality beer inside the bottle, and we know we need to take just as much care in producing great packaging as well. Tuatara drinkers can be reassured that their favourite brews are still available, but with an easier to find style driven name and look.”

“Over the last 20 years we’ve seen quite an evolution of the Tuatara brewery, and we’ve learned to always listen to what our customers want. We know our customers love the ‘Tuatara’ in our packaging, and so we are giving them that with the more overt use of the distinctive tuatara eye bottle cap design. We think the new designs really get to the heart of Tuatara - as well as making it easier for drinkers to explore,” says Vasta.

The distinctive scaly ‘tuatara skin’ bottles and eye-adorned bottle caps will not be changed with the introduction of the new packaging, and all Tuatara products continue to be brewed, bottled and hand packed at the Kapiti brewery. 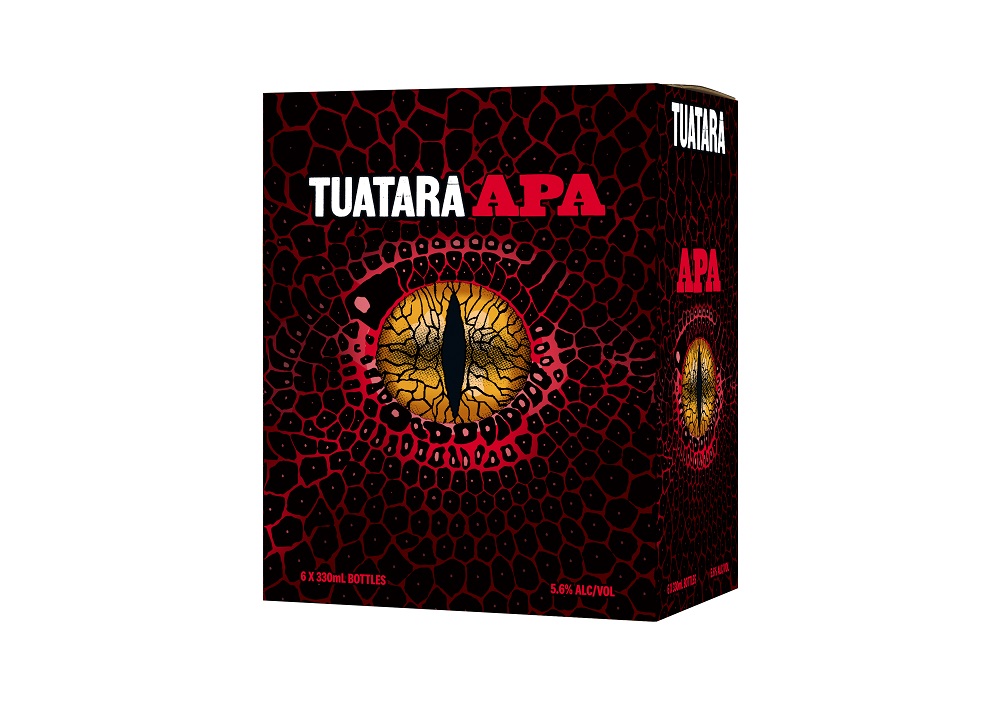 Financial broker OMF suggested that the average NZ dairy farmer is likely to lose more than $140,000 this season, facing a third season of…