One of New Zealand's most popular vitamin and mineral supplements, Berocca, is celebrating 50 years of energy by offering a second tube at a 1969 price of only 70 cents.

Berocca has been a staple in many Kiwi homes, supporting New Zealanders with energy when they need it most. This week, when customers buy a tube of Berocca 15s, they will be able to buy a second tube for just 70 cents - the price it would have been in 1969. Bayer New Zealand spokesperson Abs Saadi, who leads the company's local Consumer Health division, said it's important Berocca's 50th birthday celebrations are shared with the entire country, as its success wouldn't have been possible without all of its loyal customers.

"New Zealanders consume an incredible amount of Berocca - more than 17 million tablets are bought per year," said Saadi. "As the makers of Berocca, we not only wanted to give something back to Kiwis, but also acknowledge the special place New Zealand holds in the history of Berocca."

Berocca was originally launched in Switzerland 50 years ago, and over that period has gradually been improved. The latest innovation, a pre-formulated Berocca Forward drink was developed in 2017 in New Zealand, a world first. 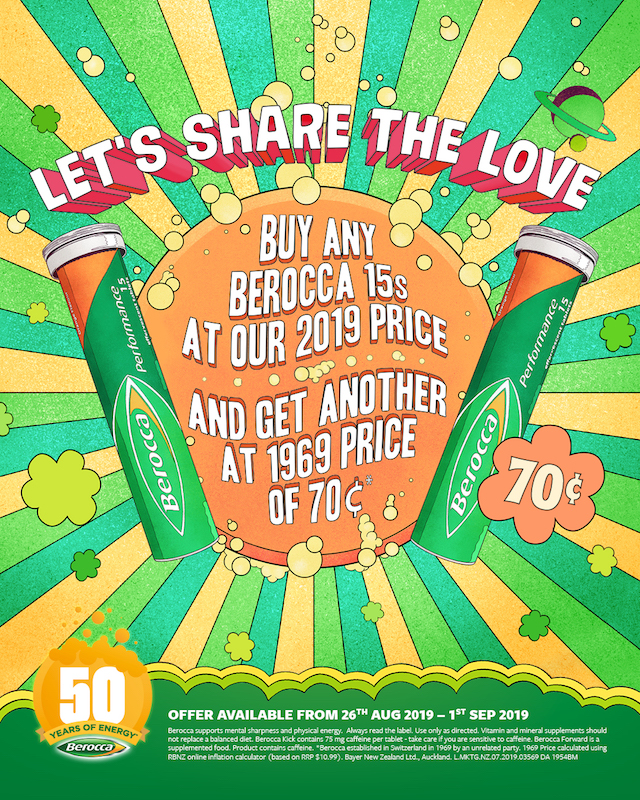 According to the Australian National Measurement Institute, in 2014 and 2015 thousands of products being sold at Woolworths and Coles were found to be…