Countdown has opened its new Palmerston North Distribution Centre three weeks ahead of schedule, to help manage the increased demand across its  supermarket network with stock being sent to stores from the new facility from today.

The $100 million Distribution Centre is as big as four rugby fields at 38,000sqm, and is three times Countdown’s old facility in Palmerston North.  An eight week transition period was originally planned for the new state-of-the-art centre, but with the country continuing in lockdown, Countdown has sped up this transition to help relieve some of the pressure in the North Island particularly.

In the last week Countdown has sent just under 3.5 million cartons of food and groceries to its stores around the country, including an extra 100,000 crates of fresh fruit and vegetables - an increase of 25 per cent vs the week prior. 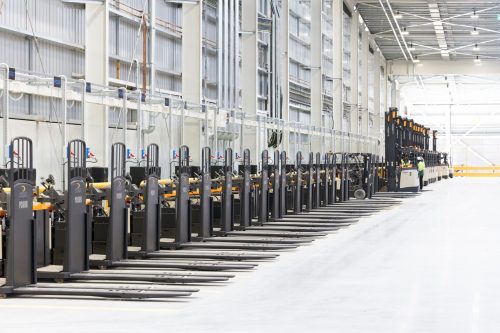 Sally Copland, Countdown’s Director of CountdownX, the business’ eCommerce arm said Alert Level 4 across Aotearoa has put the entire supermarket network under extreme pressure but the new Distribution Centre is a purposeful investment to help with spikes like that currently being experienced, and also to future-proof Countdown’s distribution network for population growth and increased customer demand.

“We have just over 1000 people working across our four distribution centres who this week have supported our stores and customers with nearly 3.5 million cartons of food and groceries while working under strict COVID-19 safety protocols and dealing with the impact of team members who are isolating at home.  Our Auckland Distribution Centres in particular are dealing with incredible demand, and by opening Palmerston North early we’ll be able to relieve some of that pressure and better service customers around the North Island during these unusual times,” said Sally Copland.

“Thanks to our Palmerston North team, our supply partners and our transport carriers all pulling together,  we can start sending stock to stores from today.”

With Kiwis’ heeding the government’s call to stay home, and more than 10,000 contacts in locations of interest, Countdown’s online shopping services have also seen intense pressure over the last week.

“Usually around 12% of our sales are online, which in itself is world-leading for an online grocery business, however this week we have seen more people than ever trying to shop online and it’s fair to say that’s been extremely challenging.  You can have all the technology and innovation in the world, but fundamentally people are at the heart of online shopping too."

“In the March 2020 lockdown we quickly set up a Priority Assistance service for older New Zealanders, people who are vulnerable to COVID-19, and people who are doing the right thing and isolating at home.  We already had over 120,000 people signed up for this service, and this lockdown we’ve registered a further 5000 Kiwis.  There’s still huge demand for slots and deliveries, but we are doing everything we can to make sure these are freed up for the people who need online shopping the most."

By the numbers: Countdown in lockdown