The second of Countdown’s new Metro stores has opened today in Auckland’s growing Wynyard Quarter, in perfect time for the upcoming America’s Cup.

The 650m2 Metro on the corner of Halsey and Pakenham streets is Countdown’s second smallest store, but it has been specially designed to pack a punch with more than 4500 products which have been tailored to the growing residential population nearby, as well as local workers and commuters.

Metro Albert Street has been up and running since December 2019, and Countdown has also recently announced a brand new Metro for Jervois Road in Herne Bay, which will open later this year.

Matt Grainger, Countdown’s Acting General Manager Property, said Wynyard Quarter has a unique customer base who are looking for more variety as well as staples in the inner-city.

“Supermarkets became an even more integral part of people’s lives in 2020, and on this side of the inner city there’s been a notable lack of choice for people, whether that’s the growing number of people who live in the Wynyard Quarter or the thousands of people who work here every day.

“It’s already proving to be a busy summer on Auckland’s waterfront with Kiwis making the most of our own country, and the America’s Cup action is going to make this part of the city a fantastic place to be in the months ahead,” said Grainger.

Viv Beck,  Heart of the City Chief Executive, opened the store this morning and said the store will be a great addition to the local area.

“It’s exciting to see the ongoing regeneration of this part of the city centre, it really is a fabulous destination.  We warmly welcome Countdown to the area with a new offer tailored to the growing and diverse market.”

Metro Halsey Street will trade from 6am to 8pm Monday to Friday, and 8am to 6pm Saturday and Sunday. 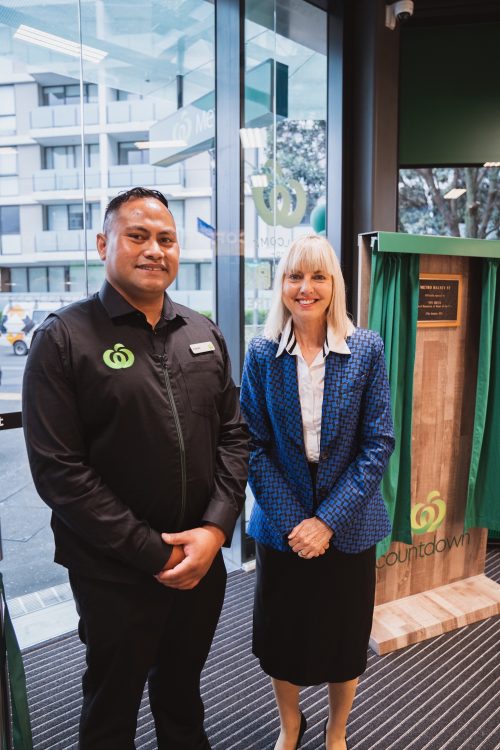 Looking for love this Valentine’s Day? Leave the phone on airplane mode and peruse the isles at PAK’nSAVE Mill Street for more than your…