Countdown has this week launched grocery shopping directly from its myCountdown app across the country, the first time Kiwis nationwide can shop seamlessly from a mobile app, anytime and anywhere they like. 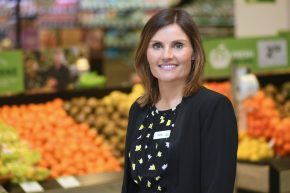 “When we launched the myCountdown app in 2018 it was mainly to help customers with their in-store shopping needs, showing them where things were in store and helping build simple lists.

“Times have changed and mobile is the device of choice for almost all of us, for almost everything.  Making purchasing seamless from the app no matter where you live is a critical part of providing a world-class online shopping experience and that’s what we want for all Kiwis,” said Sally Copland.

The myCountdown app’s popular shopping list feature remains front and centre, with customers now able to switch between devices, add to their list when they remember something in the middle of the night, and then order for pick up or delivery directly from the app. 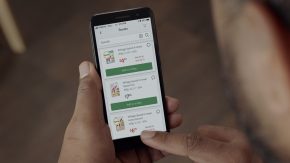 Countdown has been a pioneer in the Kiwi eCommerce space since 1996 when it launched the first iteration of online shopping, albeit ordered by fax.  Nearly 25 years on, New Zealanders are continuing to embrace the convenience of online shopping; at the end of March 7.9 per cent of Countdown’s sales were online, and for the last week of the month just before lockdown this grew to 11 percent of sales, making it the company’s largest ‘store’.

“Over the last few years we’ve better connected the myCountdown app with Onecard, we’ve made loyalty rewards digital and able to be accessed automatically, and we’ve gone digital with our mailer and specials.  Our goal is to continue to innovate and make it easy for people to shop the way they want, when they want."

Countdown’s dedicated digital team, known as CountdownX, is already working on the next steps for the app including the option to share lists across accounts which will give couples, families and flatmates the ability to collaborate on their household needs.

In the last few months, Countdown has also opened the country’s first dedicated eStore in Penrose, Auckland, developed Countdown’s Priority Assistance Service for Kiwis most at risk of Covid, introduced Olive the chatbot to help with 300,000 customer conversations in April, and said kia ora to Kai the safety robot at Countdown Rototuna. 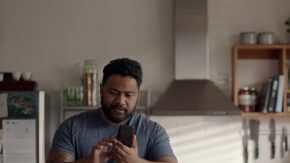 GoLive is on a mission to improve human health by addressing the foundation of the body’s digestive, metabolic and immune functions – the gut….