Backing 15 big businesses to move away from fossil fuels in their production processes, the Government is helping even more of New Zealand’s biggest industrial players slash their emissions with Minister of Energy and resources, Dr Megan Woods, announcing the third round of the Government Investment in Decarbonising Industry (GIDI) Fund.

Over three rounds, $69m of GIDI funding has been allocated – across 53 major industrial decarbonisation projects – all contracted for completion by April 2024. 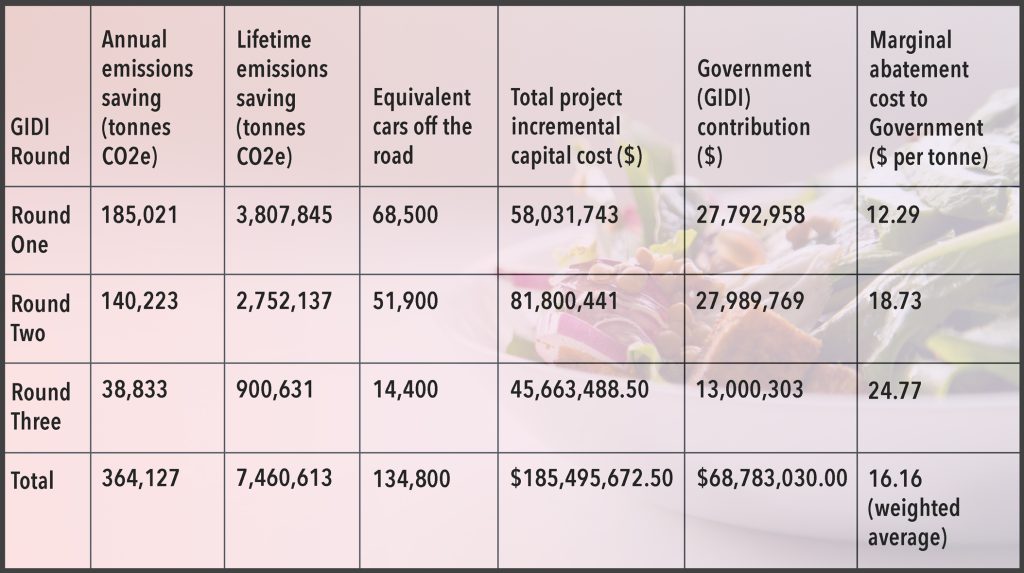 Of the 15 businesses in this round, eight food and beverage companies will share $8.75m.

The third-round announcement was made at Southern Paprika Limited, one of New Zealand’s largest capsicum growers, and a GIDI round three recipient. Southern Paprika is set to install a biomass boiler and CO2 recovery unit – understood to be a New Zealand first – replacing natural gas, a common but high-emitting source of energy. The project will reduce emissions by 70 percent by replacing 70 percent of the processed heat requirement with a renewable energy source.

“The Fund is about encouraging innovation and supporting early adopters of technologies that can be replicated by others,” said Woods.

“Process heat used mainly by business for industrial processes, such as manufacturing, and processing primary products, like milk drying, makes up over a quarter of this country’s energy-related emissions.

“The GIDI Fund is already making a tangible difference to the total greenhouse gases we generate, and it’s great to see regions right across the country benefiting, including Southland, Otago, Canterbury, West Coast, Nelson, Hawke’s Bay, Bay of Plenty, and Auckland.”

Third round projects include meat processor ANZCO Foods Limited. The beef and lamb producer has received more than $1m of funding to replace the aging coal boiler at its Kokiri site on the West Coast and install an electric boiler and high-temperature heat pump, completely electrifying its process heat and significantly reducing the site's emissions. 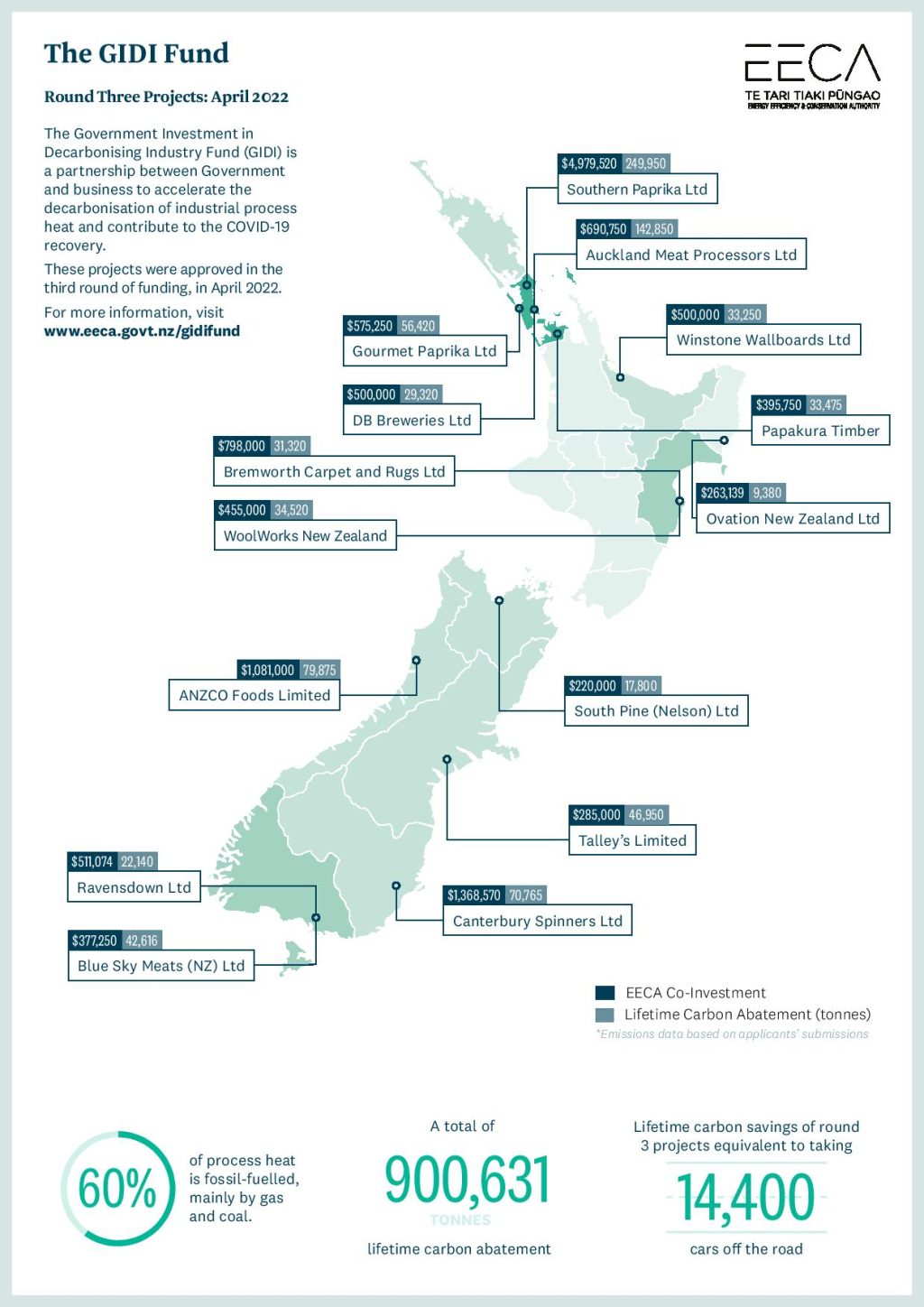 DB Breweries Limited, a first time recipient has been allocated $500,000. The Waitemata brewery site will install a new high-temperature heat pump, and start recovering heat from its refrigeration plant, significantly reducing its reliance on natural gas.

Another capsicum and tomato grower, Gourmet Paprika, is also receiving its first GIDI investment of $575,250. It will be installing screens in 12.1 hectares of glass houses located in Woodhill and Kumeu in Auckland. This will lower operating costs of the glass houses by reducing Natural Gas use and directly reduce production of carbon released to the atmosphere.

A total of 900,631 tonnes of carbon emissions will be saved over the project lifetimes, equal to taking 14,400 cars off the road.

“Very soon we will release the Government’s first Emissions Reduction Plan, which will be full of initiatives to drive down emissions across every sector of the economy,” noted Shaw.

“In ten- or twenty-years’ time the world will be a very different place. But investments like these show we can move now to secure our part in it and ensure the Aotearoa of the future is carbon-zero and climate-friendly, with fairness and opportunities for all.”

Established as a family business nearly 70 years ago, Mossop’s has been producing top quality honey ever since, using traditional methods to ensure the…