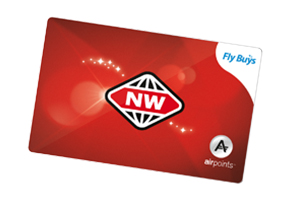 Over the past few days, one million ‘valued New World customers’ in the North Island have started receiving their New World Clubcards. As part of the launch, 5000 customers will also receive a Clubcard Goodie Pack.
Started two years ago in the South Island only, the loyalty programme is now rolling out nationally, allowing shoppers to enjoy instant savings thanks to Club Deals and promotions.
Members can choose between Fly Buys points and Airpoints dollars. Up to four times a year, they get the opportunity to convert their Fly Buys points into New World dollars (cash that can be spent in-store), regardless of which of the 50 plus Fly Buys partners they were earned from.
Foodstuffs North Island CEO Chris Quin thinks that shoppers will quickly realise that ‘having a Clubcard in their wallet is a winning proposition.’
“Clubcard is quite simply a more rewarding way to shop,” said Chris Quin, CEO of Foodstuffs North Island. “Customers can collect the type of rewards they want and they can convert points to New World dollars. No other rewards programme offers this kind of flexibility.”
From October 17, Loyalty NZ (which operates Fly Buys) and Air New Zealand will part ways. Customers, therefore, need to choose which points they would like to earn. According to Stephen England-Hall, chief executive of Loyalty NZ, Fly Buys will soon offer a larger range of travel propositions, which will no longer be limited to Air NZ.
“The increased activity and increased interest in loyalty schemes this year has been phenomenal for us. We’ve seen continued and massive growth and customer activity,” said Hamish Mitchell, chief strategy & growth officer, Loyalty New Zealand. 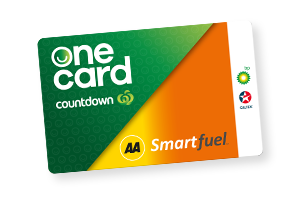 Meanwhile, Countdown and AA Smartfuel have unveiled their revamped Onecard loyalty programme, which offers 3.5 million cardholders new ways to save money. From Monday, October 10, Onecard’s customers will benefit of exclusive Onecard Club Prices at Countdown, while also getting instant fuel savings of 6 cents per litre at AA Smartfuel partners BP and Caltex, whenever they spend $40 or more at the pump. At any time, consumers are allowed to choose which type of reward suits them best, either accumulating fuel savings through AA Smartfuel or earning Onecard Rewards Vouchers through Countdown.
“Together both programmes give consumers more opportunities to save whenever they swipe on a single card, and without having to keep track of dockets,” said Susan D’lima, head of Loyalty, Countdown.
Ian Sutcliffe, AA Smartfuel director, said that bringing Countdown on board as a retail partner marks a ‘significant milestone’ for consumers, broadening their network to more than 1,500 retail outlets throughout New Zealand.
“Our cardholders are already earning about $60 million in fuel discounts a year, with our most active users saving hundreds of dollars in a 12-month period,” Sutcliffe said.
New Onecards will be issued to all active Onecard holders and AA members.

Ormiston has a brand-new PAK’nSAVE store. The 6,160 sqm supermarket, which just opened its doors, is considered to be a major step towards the…