Harraways’ ‘Search for the Golden Nugget’ promotion was a huge success with thousands of entries from across New Zealand. Consumers had the chance to scratch and win instant cash prizes plus be in the draw to win a major $10,000 and $1,000 Golden Nugget! The promotion ran for six weeks and was drawn in early November.

The lucky major prize winner, Brianna Richardson from Palmerston North, is a student nurse in her final year. This $10,000 win will go towards paying for her studies. Brianna purchased her box of Harraways Single Serve Oat Sachets from Countdown in Palmerston North’s Plaza.

Hayley Butters, a busy mother with two young children, is the lucky winner of $1000 golden nugget. This winning ticket came from Pak’N Save, Upper Hutt. With two planned overseas trips cancelled due to Covid, this win will go towards the family’s Christmas holiday to Christchurch.

As well as winning golden nuggets, Harraways customers had the chance to enter a photo competition showing their tickets to win a year’s supply of Harraways oats. Jenn Powell of Tauranga entered the cutest photo of her 20 month year old daughter Cecelia, making porridge on her play stove. The Powell’s three young daughters love Harraways oats and make their own porridge every morning using the oat sachets. 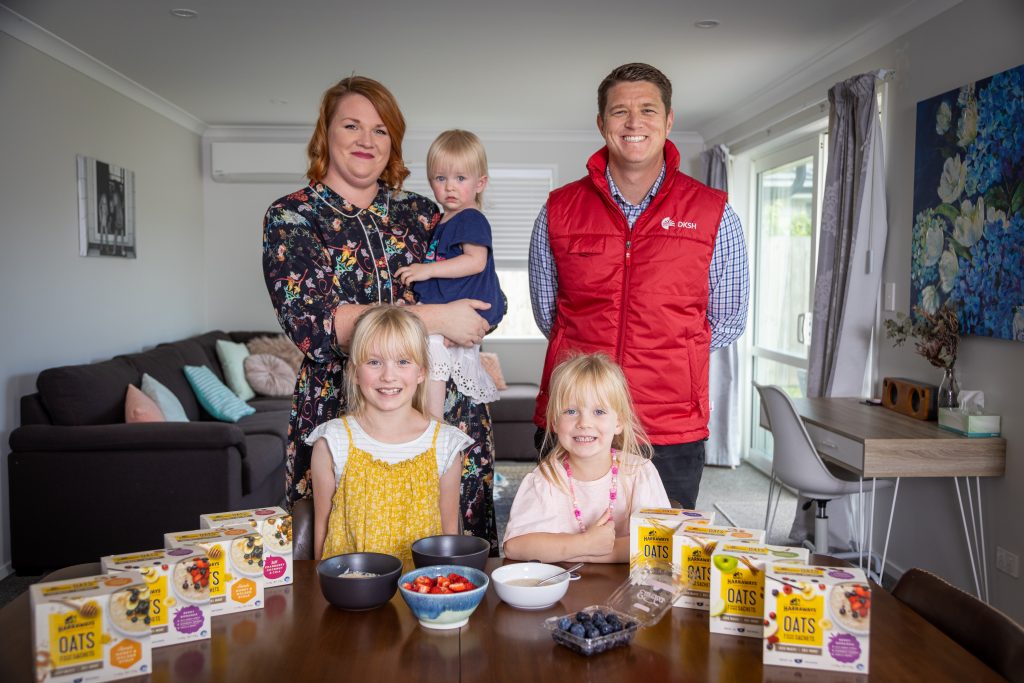 “We have been thrilled with how the ‘Search for the Golden Nugget’ promotion has played out. The Golden Nuggets have made such a difference to so many families around the country! say a HUGE thank you to all our loyal customers who participated in this promotion”, said Peter Cox, Harraways Marketing Manager.