A Wattie’s and Countdown Millionaire promotion saw Gill Evans, an early childhood teacher from New Plymouth, coming close to win a million dollars today at Countdown Ponsonby store.
To enter the promotion, which attracted a total of 83,000 entries, Evans bought five Wattie’s products in a single shopping trip, between May 16th and June 5th, and swiped her Onecard.
For the chance to win $1 million, she then had to select the only millionaire can from 100, with 99 cans containing $10,000. Can number 42, the one Evans chose, revealed $10,000.
Over the next few weeks, she will figure out how to spend this money. In the meantime, she planned to enjoy The Cure concert tonight with her husband Andrew, a Technology teacher at Francis Douglas Memorial College. The couple has two boys: Callum (15) and Beck (19). 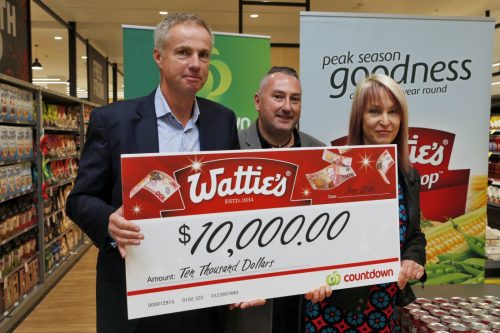 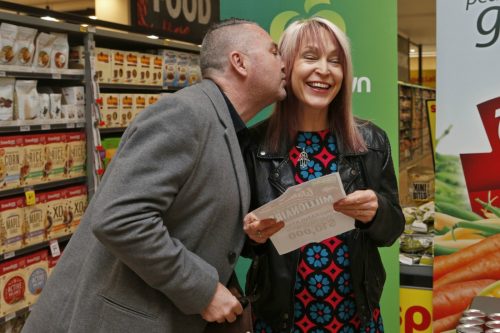 Gill and her husband Andrew