As consumer demand for residue-free produce rises, New Zealand’s kiwifruit industry would benefit from fast-tracking its shift towards biopesticides, a University of Auckland researcher said.

Through her internship at Plant & Food Research, Madeleine Trusewich determined that shifting sooner rather than later to biocontrol would be a massive opportunity for New Zealand, particularly for kiwifruit, the country’s largest single horticultural export by volume and value.

Against this backdrop, Kiwifruit exporter Zespri has been working with Plant & Food Research, AgResearch and the Bio-Protection Research Centre to develop and promote “next generation” biopesticides - pest and disease control products based on natural biological agents, including fungi, bacteria, yeast and plant oils. Zespri already restricts the use of pesticides to comply with or do better than EU limits.

But despite significant health and environmental benefits, the uptake of biopesticides has remained low in the kiwifruit industry, in line with global trends.

To find out why, Madeleine Trusewich analysed existing data, observed the industry through her internship at Plant & Food Research, and carried out in-depth interviews with orchardists, suppliers, scientists, agro-chemical company staff and others in the industry.

“I found a widespread negative, but inaccurate, preconceptions about biocontrol – that it is ‘niche’ or ‘fringe’ and unproven, that it doesn’t work as well as chemicals, and that it’s more expensive and labour intensive,” says Ms Trusewich.

Trusewich did the research as part of a Master of Bioscience Enterprise, a programme jointly delivered by the University of Auckland’s School of Biological Sciences, the Business School and the Faculty of Law to teach students with a science background how to understand, protect and exploit the value of research.

“Generally, biopesticides are more expensive and they don’t visibly produce a fast result because they work by enhancing the vitality of the soil or the plants’ natural resilience to pests and disease,” Ms Trusewich says. “But you can achieve just as good efficacy if you use biopesticides in conjunction with other biocontrol methods, like keeping tidy weed strips, monitoring for pests and diseases, and factoring in the effect of weather and other conditions.”

All Zespri fruit is required to be produced in line with the Zespri KiwiGreen Integrated Pest Management programme, which Zespri says ensures that pests and disease are controlled in a safe and environmentally sound manner. Biopesticides are one element of this programme but are not currently widely used.

“Overall, they’re happy with the status quo, but there is a small group of more innovative orchardists, especially organic growers, who are looking for alternative ways of doing things.”

Kiwifruit growers are the ultimate source of knowledge when it comes to pest and disease control and they have a crucial role to play in the co-creation of biopesticides.

“The industry should foster a positive attitude towards change and encourage, inspire, and incentivise growers to experiment with biopesticides. The regulatory environment is fast-moving, and the horticultural industry is racing to replace products that have been banned, product by product – that’s a slow shift. Big global chemical companies are starting to move into biocontrol now because they’re seeing a market opportunity.

"One of the scientists interviewed commented that these companies will probably come in and buy the pipeline of products New Zealand has developed. Shifting sooner rather than later to biocontrol is a massive opportunity for New Zealand. The industry’s response to Psa demonstrated their strength in uniting for a common cause, so we can be confident in its capacity to respond to this inevitable shift.” 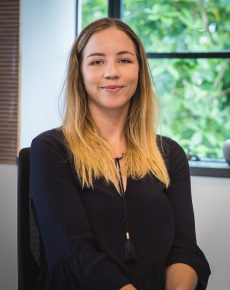 The Waste-Not Kitchen has created a range of nourishing soups that provide a practical solution to reducing food waste and feeding those in need….