Texas BBQ Foods, the brand behind New Zealand’s most authentic smoked beef brisket, pork belly, cheeses and butter, is celebrating its second year in business. Sales growth over that time (increasing between 10 and 15% per month) indicates that New Zealand’s love affair with slow cooked Texan style BBQ is not slowing down anytime soon.

So far, Texas BBQ Foods has sold more than 20 ton of Beef Brisket, 25 ton of Smoked Pork Belly and thousands of packets of Smoked Butter. The products are now available in almost 140 stores, including New World, Countdown, Pak ‘N Save, Fresh Choice and Four Square. No mean feat for a brand that was dreamed into existence by its founder only 24 months ago.

Texas BBQ Foods has crammed more than a few achievements into that short space of time. In 2018, the Texas BBQ Foods Smoked Pork Belly and Beef Brisket won the chilled food section of the NZ Artisan Awards. They were also named as a finalist in the 2019 Food & Beverage Industry Awards - one of only two New Zealand food brands to make the cut this year.

“We continue to be amazed and humbled by the support and positive feedback we get from our customers,” said Ash Peters, founder of Texas BBQ Foods. “Our original mission was to make authentic, quality, easy to prepare Texan BBQ that tasted as good as the produce you can find in the American BBQ joints. That’s what drives us, and I think our passion shines through in the meat and butter that we create. We’ve come a long way since we started. We’ve picked up awards, we’re in all of the major supermarkets and sales are building. However, no matter how far we go with the brand, at the end of the day, I’ll still be the bloke from Taranaki doing what he loves. I think that resonates with the New Zealand public and I hope food lovers around the country continue to enjoy what we’re doing here. I’m really excited to see what comes next.”

Ash launched Texas BBQ Foods in 2017 with co-founder, Jerynn Peters when they realised how popular their authentic slow-cooked, smoked foods were proving with friends and family.

Ready to eat hot or cold, the specially designed packs mean the slow-cooked meats can be heated in seconds, tasting as good as it does straight from the smoker.

Meat cuts are hand seasoned with a traditional Texas-style dry rub. They are then slow smoked and cooked with mesquite (a wood imported from North America) for 20+ hours to create a full, genuine flavour. Even the cheese and butter from Texas BBQ Foods is smoked for three hours to get a true smoke flavour with a sweet finish.

Some exciting new slow cooked meat products are also in the pipelines, which will be unveiled over the coming weeks. 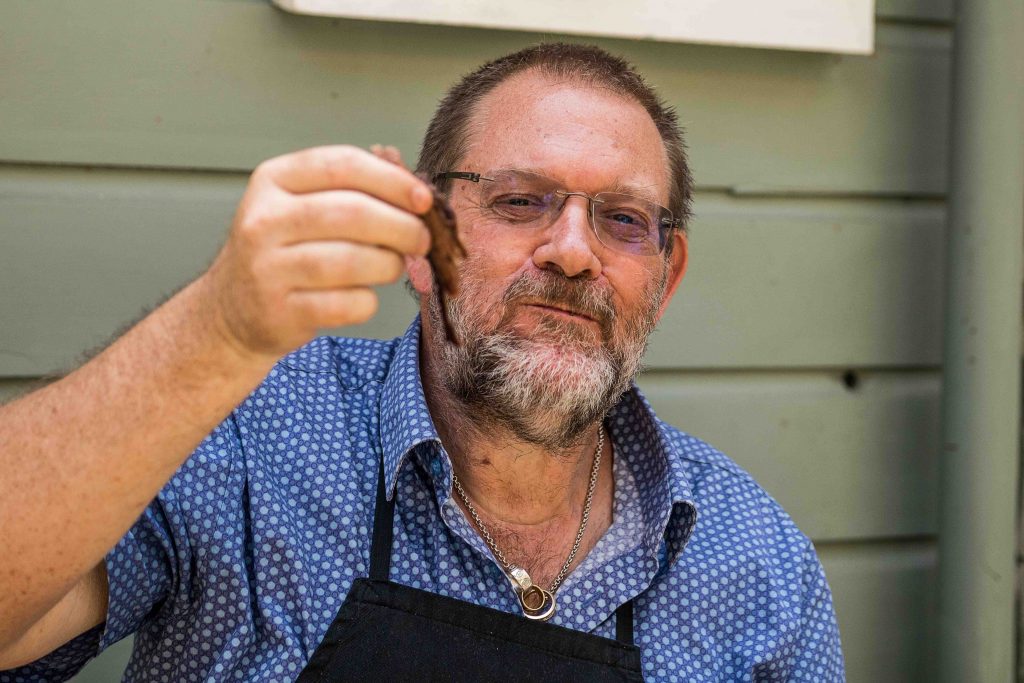