A recent article by Sunday Star-Times' writer Kate Shuttleworth has strongly criticised the NZ Champions of Cheese Awards, deeming them as “a farce [that] is being played out on consumers, most of whom do not know their favourite speciality cheeses might not be made at the place they're labelled.”

“There was just one problem: the two gold and bronze medal sheep cheeses were made by the same company [Blue River Dairy] – the same way, from the same source, only matured, wrapped and branded differently,” she wrote. "The awarding of two gold medals and bronze for cheese manufactured by the same cheese maker, just branded differently, showed customers were being left in the dark over where their specialty cheese really came from.”

None of the companies mentioned had broken any law, she admitted, while suggesting there had been something fishy going on, namely ‘the practice of contracting out the manufacturing of cheese.’

NZ Champions of Cheese Awards’ organiser, Tony Goode, was ready to respond to the accusations.

“We are disappointed to see the credibility of the awards brought into question, but we don’t believe the questions raised were valid or of any concern to New Zealand consumers,” he told us, adding that from the awards’ inception in 2004, all cheeses manufactured in NZ had been eligible to enter, including cheeses made under contract.

“Every judge is assessing the cheese as it has been submitted without knowledge of the brand or manufacturer. That puts the emphasis squarely on the quality of the cheese, not on other variables that might sway a judge’s opinion.”
Goode pointed out that even a cheese made from the same recipe by a number of different producers would unlikely be the same cheese, mentioning multiple factors such as where the milk is sourced, how old the cheese is and how it has been handled.

NZ consumers, in other words, have no reason not to trust NZ cheese. “There is no subterfuge involved here and no reason for the consumer to feel the cheese in any way inferior. The practice of outsourcing is common practice across all NZ food and wine production and is a legitimate business practice.” 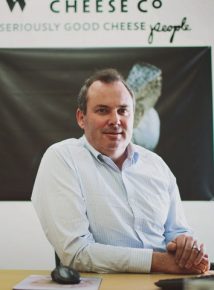 Whitestone Cheese’s Monte Cristo was among the products targeted by the article. To shed light on the actual origin of this sheep milk product, Whitestone’s CEO Simon Berry provided us with deeper insights into the supply chain.

The company pioneered NZ sheep milk cheeses in the 1990s, releasing New Zealand's first sheep milk cheese, Whitestone Blue Cliffs Brie. Over the years, milk was sourced from five farms in different parts of the country. Soon transporting sheep milk proved challenging to maintain consistent milk quality, and in the early 2000s most of those farms switched to dairy. At that point, Whitestone teamed up with the Naylon family who had established Blue River.

“We provide them with our cheese-making recipes, allowing them to manufacture our cheese at source rather than truck raw milk to Oamaru. We receive the cheeses “raw” and then mature Monte Cristo for 4 to 8 months encased in wax, creating a unique style from our own original recipe.”
In a bid to continue to supply its customers with an alternative to cow’s milk cheese, Whitestone is now working on developing a new local sheep milk supply with a North Otago farmer.
“We expect to have it up and running next season, bringing the pre-maturation aspect of production back into our Oamaru factory and preventing the confusion this article has created.”

“At P&G, we often talk about being a force for good and a force for growth…meaning that we want to have a positive impact…