Spending the festive season away from home can be challenging, and even more so for our 220 New Zealand military personnel currently deployed overseas. To ease their homesickness, Countdown’s volunteers (including several store managers) have teamed up with defence and charity sectors to pack a number of RSA Gift Parcels, each including a card written by a Wellington primary school student. Over $15,000 worth of iconic Kiwi treats have been donated such as Anzac biscuits, Marmite and Peanut Slabs.

All parcels will be delivered in time for Christmas, thanks to NZ Post, Royal New Zealand Air Force, DHL and allied air forces.

“It’s difficult to express how special it is, unwrapping a box full of uniquely Kiwi treats and reading the card. It makes a big difference, and we really appreciate Countdown for their generosity in making this happen,” said BJ Clark, national president of the Royal New Zealand Returned and Services Association, which has sent the packages to deployed troops for 76 years. 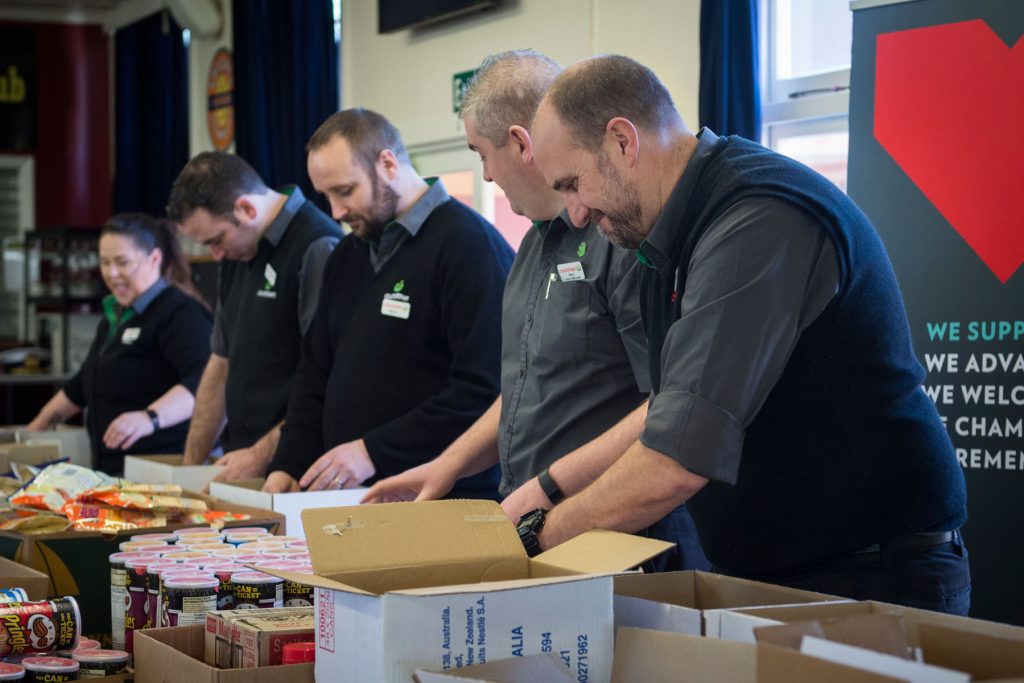 The team from Countdown adding items to the boxes

From bananas to Switchels. All Good Organics, the team behind New Zealand’s loved Fairtrade banana brand, All Good Bananas has entered the functional beverage…