Garage Project launched its first beers in 2011, brewing on a tiny 50 litre brew kit in an abandoned petrol station in Wellington’s Aro Valley.

Brewer, Pete Gillespie, had brewed commercially in the UK and Australia for 10 years before moving back to New Zealand to set up the Garage with his brother Ian Gillespie and friend Jos Ruffell.

The choice to start on such a tiny scale was partly made out of necessity and a shoestring budget, but it was also a conscious decision allowing a prolific and creative approach to brewing. Garage Project launched with what they called the 24/24, brewing twenty-four new beers in twenty-four weeks, serving each week’s precious 50 litre keg of beer at a local craft beer bar to a growing group of fans.

Almost nine years later Garage Project has grown significantly, now brewing and packaging at three sites: the original Garage in Aro Valley, the Wild Workshop in the heart of Wellington, and in the Hawke’s Bay. The volumes are very different now, but Garage Project is still guided by the same creative, innovative and fun approach to brewing.

“From the very beginning we tried to take a new and fresh approach to beer and brewing,” noted Pete Gillespie, founder and head brewer. 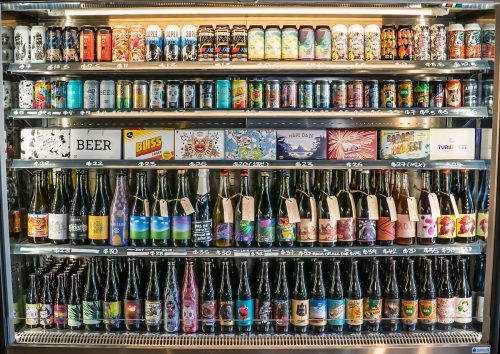 “Even back in 2011 New Zealand was blessed with an impressive number of breweries per head of population, lots of them small breweries producing excellent beers, but all very true to style. In setting up Garage Project we were very conscious that we didn’t want to be just another brewery. We wanted to do something a bit different - if we managed to pull it off, something remarkable.”

Since launching, Garage Project has released well over 400 different beers encompassing a huge range of styles and flavours - from boundary bending beers brewed with everything from mango, chilli and Vietnamese mint, to cacao nibs, marshmallows and coffee, all the way through to Garage classics like BEER - a simple lager brewed with the best German malt and Czech hops.

“Traditionally people have always used whatever ingredients are at hand to bring interest and balance to beer, whether it be different grains, honey, hops, herbs, fruit or spices. At Garage Project we’re just following and expanding on this creative tradition.”

If there is a theme running through the many beers Garage Project produce, it’s a sense of fun - reimagining traditional beers, playfully pushing boundaries, exploring new ways of brewing or sometimes just celebrating classic beer styles. This sense of fun extends to the way Garage Project beers are presented, especially in the unique art on cans and labels.

“Great beer art only elevates the experience of drinking a beer. I’m a strong believer that every beer should tell a story. When you engage with a beer, the experience begins well before you open the can or bottle. The art draws you in, you want to pick it up and look more closely. A lot of our art rewards close attention with little ‘Easter eggs’ and fun hidden treats. Read the blurb on the label and it draws you in further, then finally, crack it open and pour it out (or drink it straight from the can). For us, it’s a holistic experience we take pride in.” 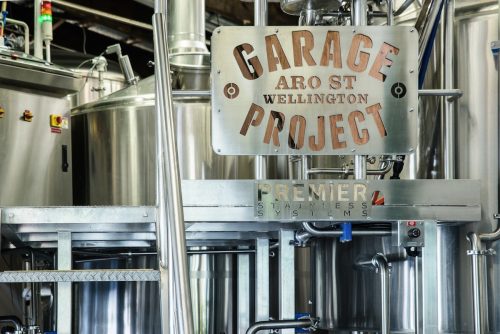 Lockdown was intensely challenging for Garage Project, as it has been for many businesses. The closure of bars overnight eliminated a significant part of the market and left many brewers wondering what the future would hold.

“For us, our connection with our audience, especially through social media, was a lifesaver and translated directly into a boost in retail and web sales that saw us through. It is a hugely valuable connection we’ve worked hard to create and are extremely grateful to have.”

One of the most fun developments for Garage Project this year has been being able to share its FRESH IPA further afield. FRESH IPA has been a monthly series of small batch hazy IPAs with an ever-changing line up of hops and malt that, up until recently, have only been available from its brewery outlets.

“The beer has been a huge success and this year we have started rebrewing some of our favourites for retail release,” Gillespie explained.

“People are excited by new drinking experiences, but they have to be able to trust that they will be rewarded for their investment. NPD is in our DNA. I think we are well on track this year to beat our tally of 24 new beers in 24 weeks. Just have a look at our Facebook and Instagram to see the latest new beers we’ve been working on.” 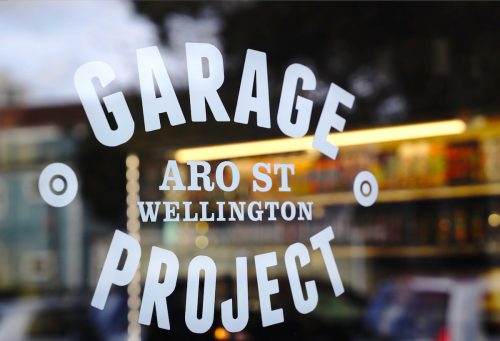 New World Albany customers will experience something new on their next shop, and it’s not a COVID-19 related protective measure. Customers will now be…