A new COVID-19 response framework comes into force across the country on December 3rd and New Zealanders have been preparing for a Christmas like no other, with strong concerns around the ongoing impact of the pandemic and new developments influencing their Christmas plans this year.

Research from the latest MYOB Consumer Snapshot – a survey of over 1,000 New Zealand consumers – found that more than three quarters (79%) of Kiwis are concerned about COVID-19 impacting their Christmas and New Year plans this year. From shopping earlier than normal, being wary of supply concerns, worrying about moving restrictions, and avoiding crowds – many consumers are also changing the way they shop for Christmas as a result.

Reflecting these trends, more than a third (37%) of local consumers planned to do most of their Christmas shopping this month (November) – up on 31% in 2020 – while just 24% are leaving their shopping until December, down from 29% in 2020.

The wider impacts of COVID-19 on the supply of their chosen gifts and Christmas goods, as well as navigating the traditional Christmas rush in a pandemic environment, are driving changes in consumer purchasing patterns this festive season.

“Supply concerns are top of mind for both consumers and retailers, so it’s not surprising that some consumers are planning to shop early to make sure they don’t miss out on their desired Christmas gifts,” explained Jo Tozer, Head of Customer Services at MYOB.

“However, it’s interesting to see that the community spread of the Delta variant may be changing how people shop – with a number of consumers shopping early specifically to avoid crowds. This is also having a ripple effect on where they plan to shop,” she added.

“On a more positive note, it’s encouraging to see that 15% of those shopping earlier said they planned to do so to help inject cash into local small businesses ahead of the holiday season. This turbulent trading year has hit the revenue of many SMEs, so supporting local where possible will help ensure that they have the boost – and cashflow – to continue on.” 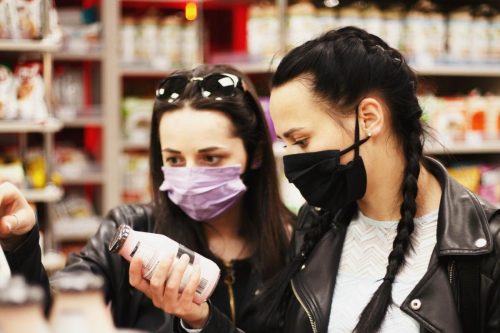 Although some consumers plan on actively avoiding the Christmas crowds, the mall is still the top shopping destination this Christmas. Most consumers (29%) plan on purchasing most of their gifts from a retail shopping centre or mall this Christmas, however, foot traffic may be noticeably lower than last year, with those planning to shop at the mall down by 10 percentage points on 2020 levels (39%).

“It’s really heartening to see a good proportion of consumers considering local businesses for their Christmas purchases this year. With the power of social media and a range of websites and directories now making it easier to discover smaller Kiwi-owned businesses online, consumers have access to local businesses like never before. This Christmas is a great opportunity to check out new retailers and explore their product offerings,” continued Tozer.

“While we’ve seen an increase in the number of consumers planning to buy from homegrown businesses online this year, some consumers may be steering away from this channel due to delivery uncertainty with talk of slow dispatch times and overloaded couriers and postal services, or because of supply concerns. This will not be the case for all e-commerce stores, however, and most are upfront about expected shipping times on their websites, so it’s worth consumers looking around before they decide.”

Consumers Willing to Pay More for Gifts From Local Businesses

According to the MYOB Consumer Snapshot, support for local businesses also remains strong when it comes to how much consumers are spending. Nearly half (46%) of New Zealand consumers said they would be willing to pay slightly more for a gift from a local business this Christmas, in comparison to just over a quarter (26%) who said they wouldn’t be willing to compromise on price. Perhaps depending on the gift, 28% of consumers were undecided.

“For a lot of small business owners, trying to keep prices down to remain competitive can be a struggle – particularly if they are competing against large, global chain stores,” said Tozer.

Factors such as increased international shipping costs for products and materials, employment and operational costs, reduced sales due to COVID-19 or pressure from stakeholders, can all contribute to the cost of goods, so those SMEs contemplating increasing their prices will be relieved at the spending sentiment we’re seeing here.” 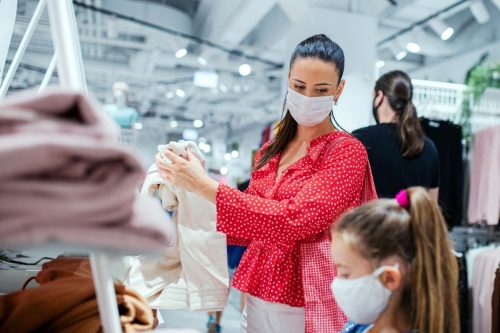 Plan B May Still be On the Cards

While the Government has confirmed the opening of Auckland’s borders for Christmas, there may still be some New Zealanders considering a Plan B for their Christmas holidays.

MYOB’s Consumer Snapshot revealed that before the announcement on November 17 th, nearly half (45%) of consumers had started thinking about a Plan B, but nothing had yet been confirmed. In comparison, over a quarter (26%) said at the time of the survey that they’d ‘rather not think about it’. A third (33%) of survey respondents also said they were waiting to see what happens over November/December before determining if they needed to change their travel plans.

“According to our Snapshot, 46% of consumers who were making a Plan B said that their plan would see them stay home to celebrate and not travel as intended. However, being the first time, most Aucklanders can leave the region in about four months, we should expect to see a surge of locals moving their Christmas and New Year celebrations to other parts of the country.

“While there is understandably some nervousness about the spread of COVID-19 in other communities, confirmation about travel freedoms will have offered good news for SMEs in the regions – particularly those in retail, tourism and hospitality,” Tozer concluded.

“There is light at the end of the tunnel, but for many businesses and consumers it just won’t be quite the same Kiwi Christmas we are used to.”

Being a keen baker, Karen Staples decided to make some extra cash. This seemed like the easiest way to generate income, six factories, 22…