The past 90 years have certainly dished up an unprecedented number of challenges and changes, but one thing is for sure - Weet-Bix™ has been there for Kiwis throughout.

Weet-Bix has been the go-to breakfast for New Zealanders since 1930 – once a Weet-Bix kid, always a Weet-Bix kid, no matter what your age.  It has been with us through good times and the bad, enjoyed at the kitchen bench, in front of TV, in the office lunchroom and out on the farm.

“What’s become pretty clear over the years is that Weet-Bix has been a staple in the kitchen pantry for many Kiwi families,” said Pete Davis, Sanitarium New Zealand’s National Marketing Manager.

“From filling hungry tummies on chilly mornings, to fuelling youngsters before footy and giving schools in communities a Kickstart, Weet-Bix has been a constant on the brekkie table for three generations.”

Fuelling the ordinary to the extraordinary, Weet-Bix has been a popular breakfast choice for a long list of New Zealand legends over the decades, including Sir Edmund Hillary, who ate eight a day!!

“My father always had Weet-Bix for breakfast; sometimes just with milk but his favourite was with a generous serve of canned peaches over the top! We were another of those New Zealand families that measured their breakfasts in multiples of Weet-Bix,” says Hillary.  I remember Dad once refused to endorse another cereal brand because he said he was quite happy with his Weet-Bix!”

Kiwis hold fond memories of topping Weet-Bix with fruit before school, tucking into Weet-Bix before sporting matches or waking up to a bowl of Weet-Bix as a breakfast in bed treat while staying at their grandparents’ houses. The more adventurous among us may remember smothering Marmite™ over Weet-Bix as an after-school snack.

When it comes to whipping up some home-baked treats, you can’t go past using the crunchy ‘bricks of goodness’, which make the perfect topping for an apple and feijoa crumble or the mouth-watering taste of the classic Weet-Bix Slice!

Kiwi kids who grew up in the 1980s and 1990s will remember the catchy jingles from TV ads; “Kiwi kids are Weet-Bix Kids™” and “It’s New Zealand’s favourite breakfast. Weet-Bix is number one. From Kiwi kids to grownups. It’s loved by everyone.”

Older generations may recall more historic advertisements, including that of young girl licking her lips at the sight of a bowl of Weet-Bix, raspberries and milk with the tagline ‘Goodness that’s tempting’.

With Weet-Bix ingrained in our culture and history, it is no surprise that these little bricks of whole-grain goodness have been backing Kiwis since 1930.

Packed full of 97% wholegrain goodness, Weet-Bix provides you with a good source of iron and Vitamins B1, B2 and B3 to help release the energy you need to kickstart your day, as part of a balanced diet. Weet-Bix is also low in fat and sugar and provides a natural source of fibre.

Over the years, Weet-Bix has adapted to meet the changing dietary requirements of New Zealanders adding gluten free and cholesterol lowering options to its range. 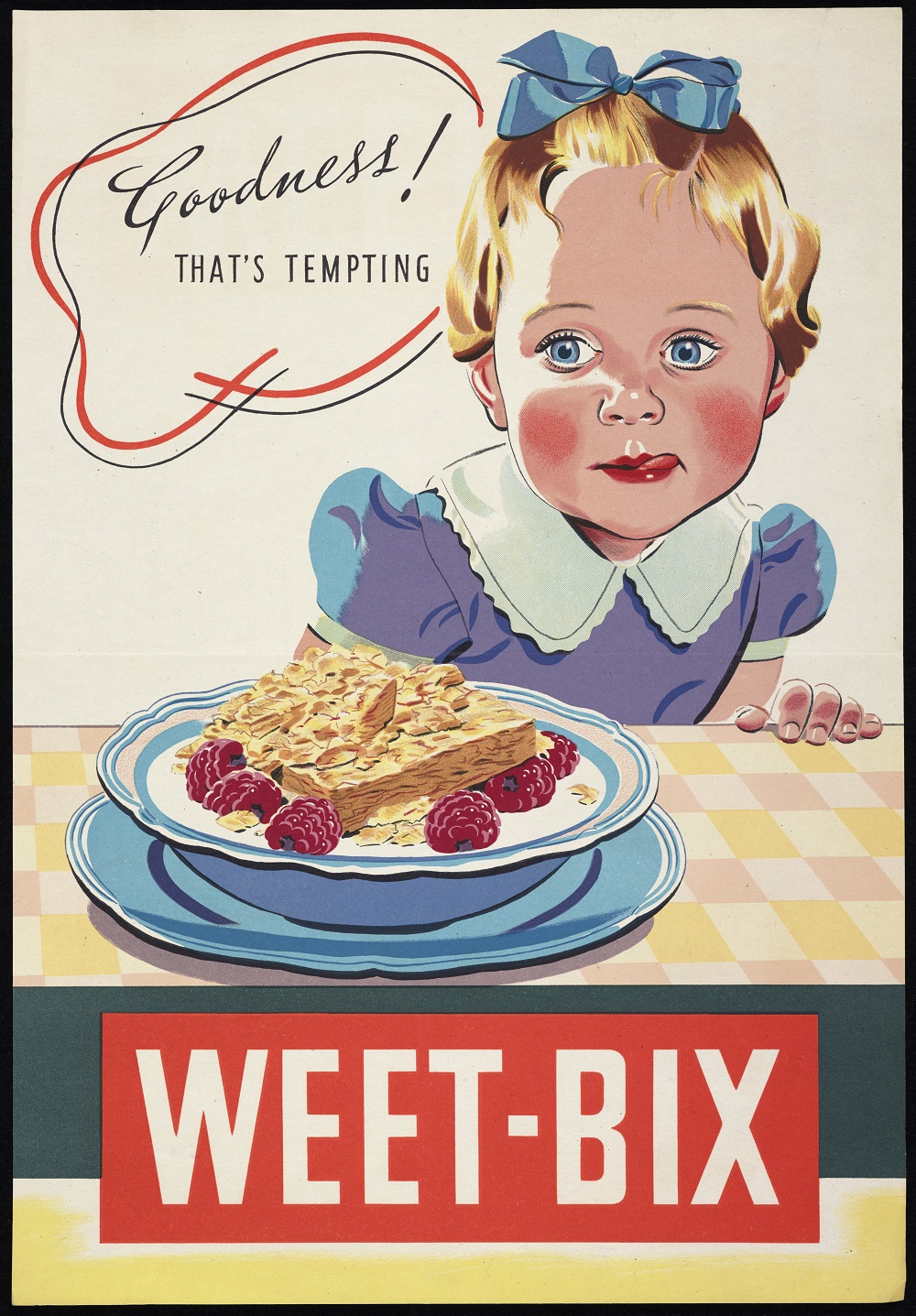