MINTEL | April 3 marks the anniversary of the first ice cream sundae ever. With spring having officially sprung and ice cream parlours opening again for the season, Global Food & Drink analyst Alex Beckett takes a look at Italian gelato finally arriving in European retail.
There has been significant and ongoing consumer interest in seeing a quality gelato made available in retail. A large percentage of ice cream users across Europe said in a recent Mintel study that they would like to see more artisanal gelato in supermarkets. In Germany, over one-third of consumers (39%) express interest in high-quality ice cream like gelato, representing a sizeable opportunity for brands. This is referring to genuine gelato, which contains less air than normal ice cream, less cream and more milk and is designed to be served at a slightly higher temperature than ice cream.

Consumers in Europe have been waiting for a quality gelato to launch in retail. Although gelato parlours are widespread across Europe, consumers want offerings they can keep at home. In European ice cream markets there are relatively few retail gelato brands which place a focus on Italian authenticity and clean label ingredients as comprehensively as the recently launched Grom. Unilever introduced Grom-branded gelato into selected Italian grocery stores last year, ahead of wider global distribution expected in the near future. 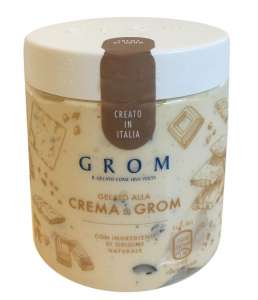 Unilever acquired the Grom gelateria chain in 2015 and the retail recipe adheres to the high-end recipes used by the parlours, with a strong focus on natural dairy. Among the ingredients are fresh milk, cream, concentrated sweetened whole milk, 10% egg yolk and also cane sugar and dextrose, milk protein and butter. The range of 500ml tubs comprises four creams (pistachio, coffee, chocolate and Grom cream) and three sorbet variants (strawberry, lemon and raspberry).

Global Food & Drink Analyst, Alex is responsible for tracking consumer and innovation trends in a wide range of categories including ice cream and bottled water.

The conclusion of the Trans Pacific Partnership (TPP) agreement is set to have a positive, yet small, impact on the dairy industry. Fonterra chairman John Wilson…