Foodstuffs are sending seven young butchers to Ireland for the World Butchers’ Challenge in Belfast, in March 2018.

Alana Empson, Amy Jones, Ben Henry, Jeremy Garth, Luka Young, Samantha Weller and Zak Grammer are among the top young butchers in New Zealand, and all of them work in Foodstuffs’ supermarkets. Amy, Ben and Luka are competing in the World Young Butchers event, and Samantha will also represent New Zealand in the World Apprentice Butcher event. 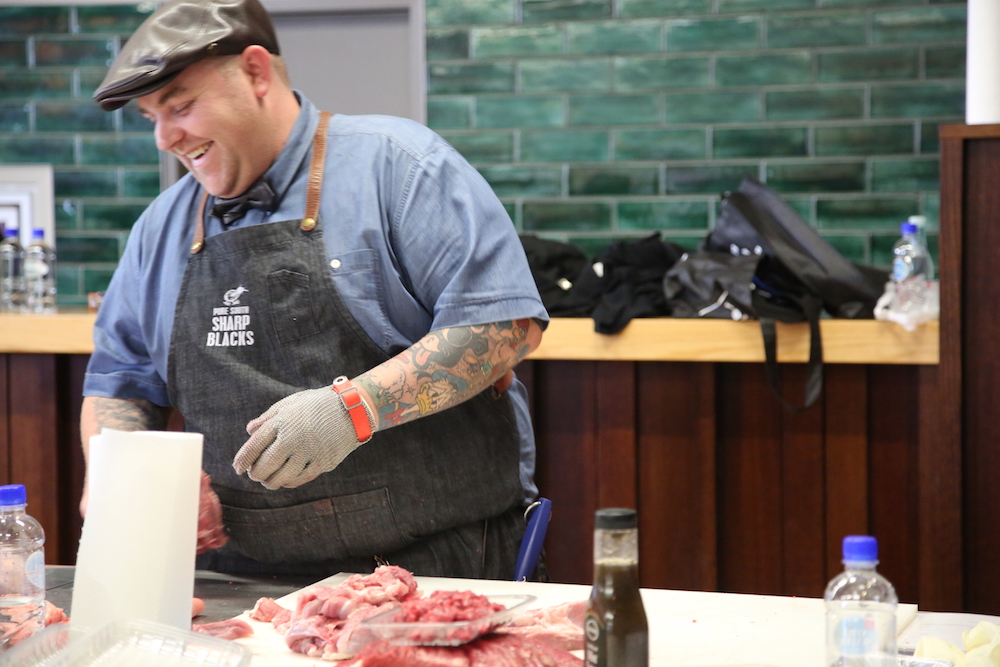 Jeremy Garth joined the trade straight out of secondary school.

“I went on work experience to a retail butcher shop and they offered me a job, so that was it. I love the different challenges of the job and the potential to be creative,” said Garth. He is enjoying coming up with new sausage flavours. “Beef, blue cheese and mushrooms is a favourite with our customers. I’ve also just made a lamb, garlic and mint sausage which is starting to take off too.” He is looking forward to the learning opportunities the Ireland trip will bring. “There will be 11 other countries there and we’ll learn a lot from the other butchers. We’re also going to do a retail study tour while we’re there, so I think we’ll pick up some ideas for new products too.” 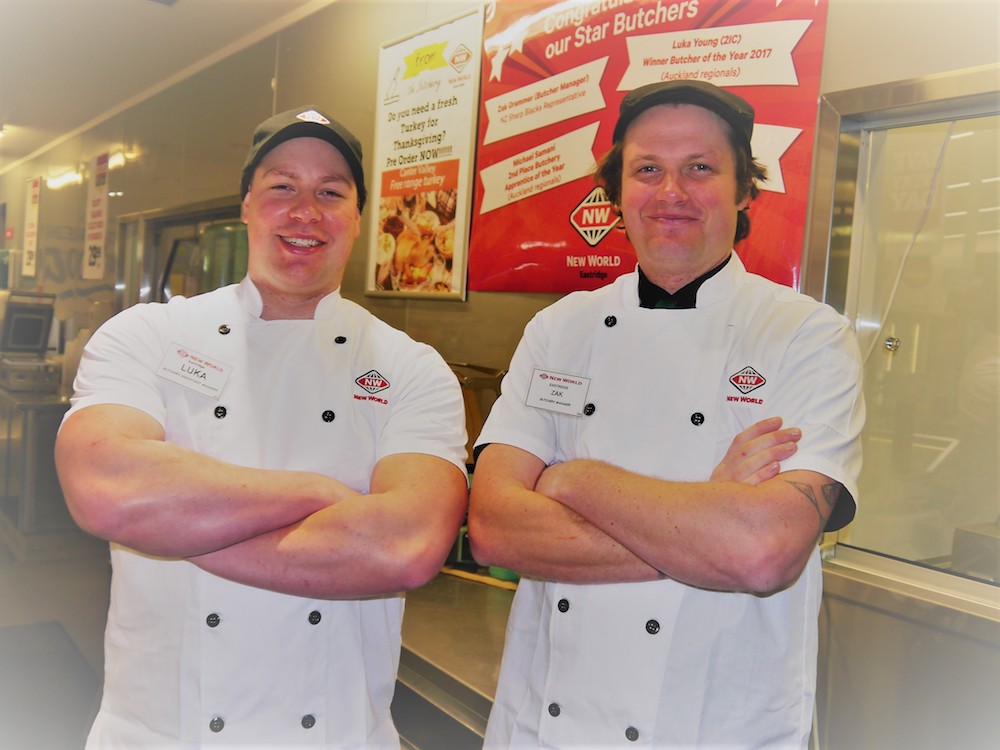 Zak Grammer followed his father’s footsteps into the industry, having helped in the family butchery from the age of 5. At 13 he started helping out with the Christmas rush, and at 17 he began his apprenticeship under his father’s tutelage.

“It’s given me the opportunity to spend time overseas. I spent four years in London and learned new skills while I was there. I got to work for Jamie Oliver as well, which was pretty cool.

“You get to work with a good bunch of people. It’s a good environment. We have a laugh and a bit of a sing out the back – there’s a fair bit of camaraderie."

Luka works with Zak at New World Eastridge and is one of the young butchers who will be competing in Ireland. He has been working as a butcher since finishing school and now regularly competes at butchery competitions and said the level of talent coming through the industry gets better every year.

Ben Henry is also one of the young butchers representing New Zealand in Ireland next year. He did his apprenticeship in Dunedin at New World Centre City and quickly proved his talent by winning the Competenz Butcher Apprentice of the Year competition. He moved to Wellington last year and now works at New World Thorndon. Ben also made this year’s final of the Alto Butcher of the Year competition.

Butchery has traditionally been a male-dominated trade, but Foodstuffs has several female butchers working in its supermarkets, including three who are going to Ireland. 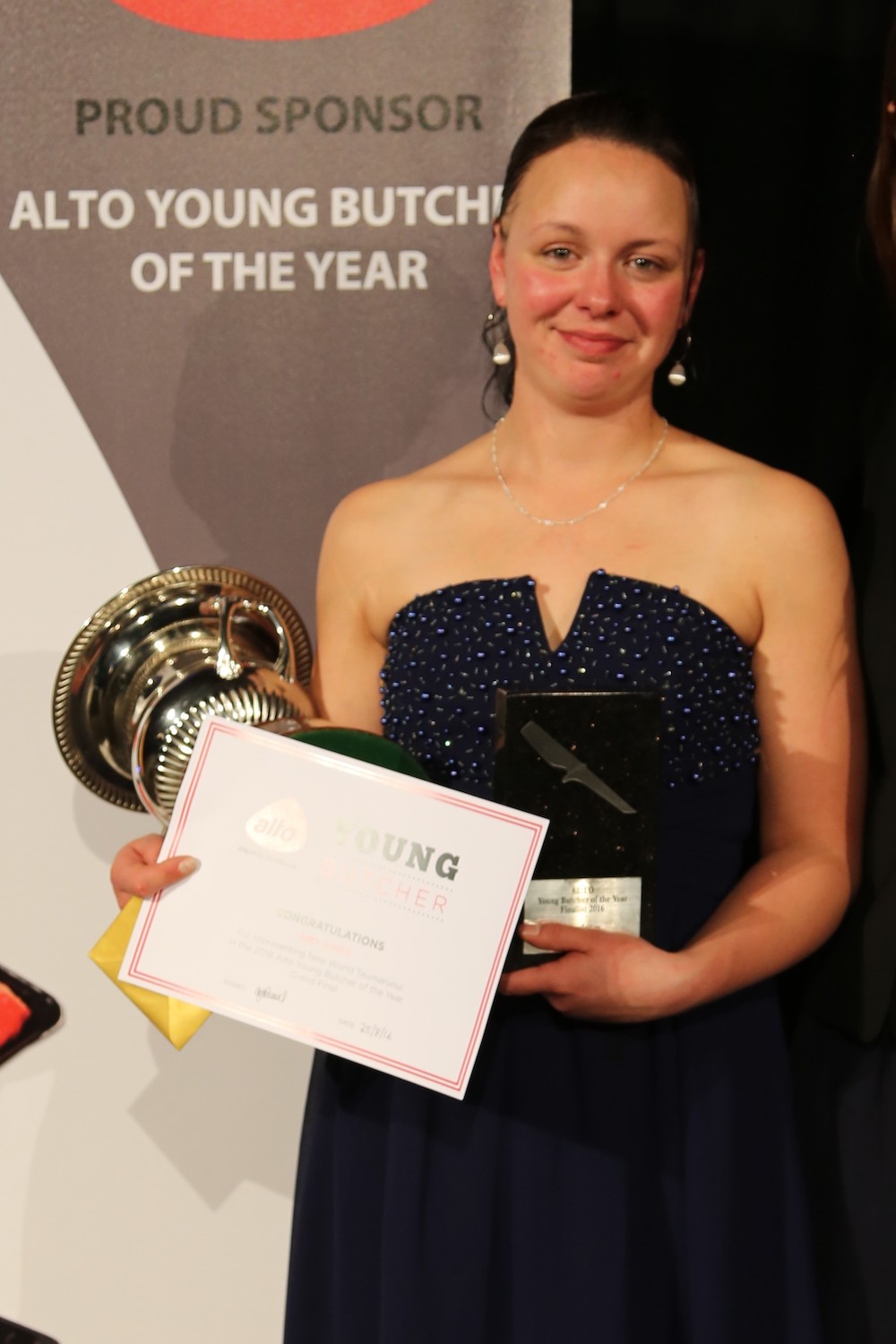 Amy Jones works at New World Taumarunui. She won last year’s Alto Young Butcher Competition and will be competing next year in Ireland.

“I started my apprenticeship in 2011 at New World Taumarunui after four years in in the freezing works at Te Kuiti. I am still thoroughly enjoying the trade.

“I’m really looking forward to competing in Ireland. It is such an amazing outcome, all from entering into the Alto and Competenz butchery competitions! I highly recommend that other apprentices and butchers give it a shot, it’s inspirational to see what else goes on with other apprentices and butchers at these competitions, and after that you might just win the experience of a lifetime,” said Jones. 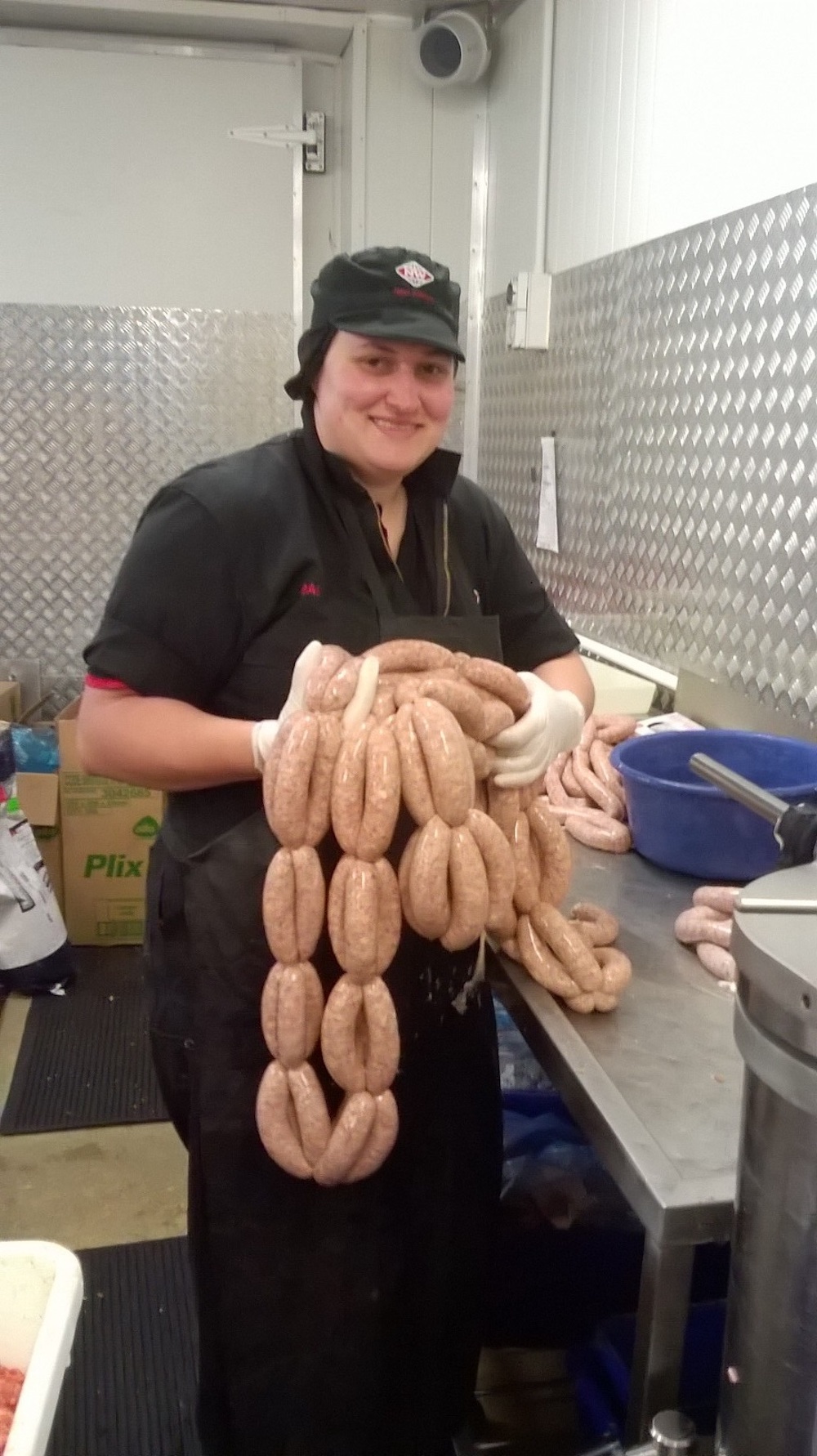 Samantha Weller is the 2017 Competenz Butcher Apprentice of the Year and works at New World Rangiora.

“I started working here about four-and-a-half years ago as a meat packer when I was 19. I was working part-time and studying to be an early childhood educator. I finished my course but then my manager at New World offered me the apprenticeship. I’ve always found the trade interesting, so it was a no-brainer," said Weller.

“I’d tell anyone looking into the apprenticeship that if you love what you do, you’ll never work a day in your life. So I’d recommend it to anyone with a genuine interest. Breaking down the carcases and creating cuts is one of my favourite things. Last year my pork and fennel sausage won gold in the Devro New Zealand Sausage Competition."

Alana Empson works at PAK’nSAVE Clarence Street in Hamilton, where she is second in command in the butchery department. She is not competing in Ireland but is joining the group for the retail study tour.

“I have had some amazing opportunities over the last couple of years. After winning NZ Young Butcher of the Year 2015, I was invited to compete in the inaugural International Young Butcher of the Year competition as part of the World Butchers Challenge held on the Gold Coast in September 2016. I was competing against some incredible butchers from New Zealand, Australia, France and England and managed to get the win," said Empson.

“Earlier this year I competed in the Butcher Wars competition at Meatstock in Auckland and in Sydney. These two competitions really tested me, as we only had 30 minutes to cut, display and present a side of lamb and a half saddle of pork. I was up against 19 highly skilled and experienced butchers – all of them male. I was so chuffed to come away with fourth place at the Auckland event.”

Empson started her career in the grocery industry as a check-out operator at New World Waiuku. A position came up in the butchery, and after one lesson in boning out beef, she was hooked.

“I love my job because each day is different,” said Empson. “One day I could be doing a stocktake or placing orders and the next I could be down on the back bench with the boys, filling vol-au-vents and making Beef Wellington.

“My favourite part of the job is when we do a specialised cut for a customer and they come back and give us feedback on how well it cooked and how good it tasted.”

Empson encourages other young women to consider butchery as a career.

“I have seen a gradual change away from the physical tasks butchers are more commonly known for (breaking and boning beef etc) to being more about value-added cuts; building relationships with customers and having a solid knowledge about cooking and flavour combinations. It’s a great career for anyone that loves cooking, loves food and has a creative flair.”

Across the UK, environmentalists and shoppers have started leaving plastic packaging on food items at the check-out. This action aims to call out the…