Set to revolutionise the fresh food industry, local Wellington business, SHOOTS is launching its first live microgreen grow system in-store from this June. With up to 100 times more nutrients than fully grown plants, microgreens are tiny versions of vegetables and herbs. 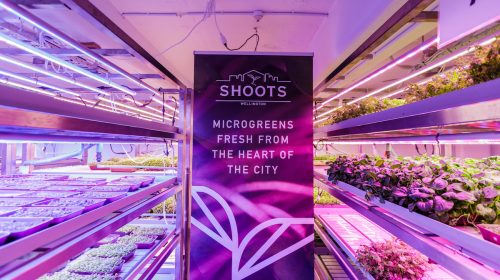 In a market that has been stagnant for years, SHOOTS is reinventing how New Zealanders view fresh produce and our food production. The in-store grow system has been designed to provide the ideal microgreen growing climate. A three-level light rack system will be installed, allowing shoppers to purchase freshly growing microgreens straight from the supermarket. Fresh produce typically loses 30 percent of its nutrient value after harvest. SHOOTS microgreens are sold still growing, so customers can harvest them at home and reap the full potential of the ground-breaking health benefits microgreens offer.

SHOOTS Brand & Marketing Manager, Lucy Matheson has always had an interest in food. 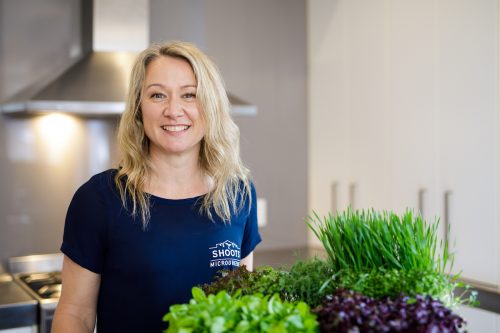 “Beautiful food, nutrition and cooking for others is a passion.  I happened to buy some microgreens to add to a holiday weekend menu, at a time when we were having conversations about the environmental challenge of feeding an increasing world population – and those two ideas combined and led us to explore the world of microgreens. Launching our first in-store live grow system is a huge step for us. We will be giving people delicious and nutritious product – and we hope to make Kiwis stop and think about where their food is coming from and how to best fuel their bodies," said Matheson.

Following its launch in 2018, SHOOTS has expanded from its Urban Farm hidden in the streets of Wellington City to select local supermarkets and over 100 restaurants. Hungry for the next step, the SHOOTS team began planning how it could deliver even fresher nutrition to Kiwis. The grow system designed and developed by SHOOTS uses automated light and water technology.

Co-founder and Agronomist, Matt Keltie said there is a true art to plant analytics. “Different plants respond to different light frequencies which drive the way the plants grow and taste – to the point that chefs can differentiate the taste depending on the light used. It is fascinating!” said Keltie. 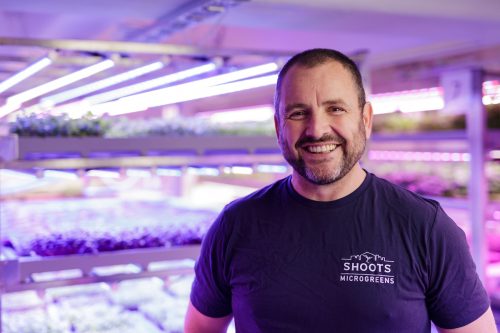 With sustainability at the forefront, SHOOTS continue to challenge food development and production. SHOOTS grow in a vertical farming model, which uses six times less land space than traditional farming. The hydroponic approach means there is no soil contamination while also avoiding soil erosion issues. Recycled water is used throughout the grow system, along with energy-efficient lighting.

Mighty but small, microgreens are intensely flavoured – peppery, spicy, and citrusy – and provide huge nutritional benefits. Despite their small size, they pack a nutritional punch, containing higher nutrient levels than more mature vegetable greens. To reap the benefits of microgreens, research has suggested eating them immediately after harvest.

“The micro versions of plants have been tested to have huge nutritional and health benefits, with most varieties rich in potassium, iron, zinc, magnesium and copper. Found to also reduce the risk of chronic disease, microgreens are very high in antioxidants and provide beneficial plant compounds,” explained Matheson.

With varieties to suit all plates and palates, seven microgreen mixes will be sold live in-store and can be added to salads, pizzas, cooked dishes, and smoothies. 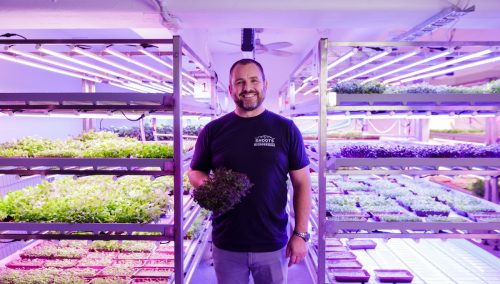 Wattie’s Cans for Good is back; the national can ‘collection, creation, education and donation’ campaign run by The Salvation Army in partnership with Wattie’s…