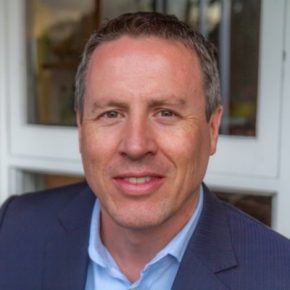 Cook brings to the table his extensive experience working in overseas markets such as Egypt, Dubai, Japan and South East Asia.
Most recently, Cook led the creation of the Fonterra Global Ingredients Channel Strategy, having also developed the B2B sales channel for Fonterra Global Ingredients customers. Prior to this position, he worked with leading global pharmaceutical ingredients company DFE Pharma, holding the role of regional manager Japan & Asia Pacific.

“We are taking a long-term strategic view of growing our international business and Paul’s proven leadership and extensive in-market experience will be a major asset for Tegel as we accelerate our efforts in this area,” said Christine Cash, general manager of Sales and Marketing, Tegel. “We are very pleased to welcome Paul to the Tegel team.”

Cook joined Fonterra in 2000 as the dairy co-operative’s market development manager in the Egyptian market. Over the following three years and eight months, he grew the Egyptian protein business from zero to 1,500 MT per annum, while also growing the commodity ingredient sales in a leading local account to US$5 million.

He then moved on to Fonterra Middle East as its business development manager, helping grow a number of dairy accounts and commercialising dairy solutions in Iran, Egypt and Saudi Arabia. More than two years and a half later, in July 2006, he was appointed as Fonterra Japan’s group general manager of technical and business development. He remained in Tokyo for five years, until June 2011, leading a ten-strong team to maximise business development returns and provide future business margins. Despite the conservative and change-resistant market, he managed to achieve faster commercialisation and higher customer success rates, while also driving a culture of innovation.

Loved the world over for their sweet and tangy flavour, JAZZ apples are now sporting a new look that shows you can’t compare apples…