Co-owners Geoff and Clayton Gwynne used to own and work in the iconic Pizza Barn in Waipu for about 10 years before they decided to try their hand at craft beer.

“It was after visiting the US that we really fell in love with craft beer and small-batch brewing, and the movement toward local breweries in that country really intrigued us,” said Geoff.

In 2014, they launched McLeod’s Brewery with the simple goal of selling their beer on-site through the restaurant. It was in 2016 when head brewer Jason Bathgate fronted the brewery that the brewery really took off, and, after winning a number of medals and a trophy for its beers, that McLeod’s Brewery gained a reputation for quality on the New Zealand craft beer scene.

The brewery has fast become synonymous with quality and consistency. Whatever the style, lager or ale, in whatever guise, the goal has always been the same for the team – make beer that’s good.

McLeod’s Brewery has also built a solid reputation around its foray into ‘hazy’ styles, and specifically its ‘802 Series’ of New England-style India Pale Ales (NEIPAs) which are full-flavoured, hoppy and unashamedly cloudy. 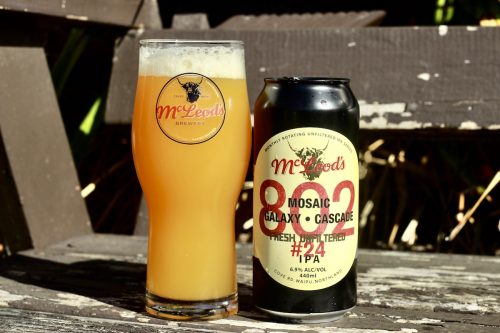 “We just released our 24th edition in this series, and customers really seem to love them, which is great. The hop profile of each beer in the series changes, so they’re really a study in hops and how they affect aroma and flavours in the beer. Ultimately, they’re just really delicious.”

The biggest highlight in the last year has been winning Small International Brewery and the Trophy for Traders Scotch Ale at the Australian International Beer Awards in May 2019. “It’s a big competition, so to have that kind of recognition for a small brewery out of Waipu village was a pretty wonderful thing.”

Like many small businesses in New Zealand, they were hit hard by Covid-19 and lockdown. “We were incredibly grateful to be considered an ‘essential’ service, so our little bubble could continue production. As we don’t export all sales here in New Zealand, though, and of those ‘keg sales’ were a big chunk of our business.”

Its new website, with e-commerce channel, was launched just one week prior to lockdown so the team were able to sell directly to consumers. “It’s an aspect of our business that has now become a permanent fixture.”

Head brewer Jason Bathgate is always developing really beautiful seasonal releases, so customers can keep an eye out for some delicious additions to the range. The brand also has a growing barrel programme, so more mixed fermentation and sour beers are on the horizon.

Craft beer brands all look to be at the forefront of fun products that are well made, with customers continuing to look for the new. New and innovative beer adjuncts will always come to play, but at the heart of it all is solid brewing.

“If a brewery isn’t making beer that’s drinkable, that brewery likely won’t be around for long. Customers may like new products, but they’re also smart. Beer consumers are especially savvy nowadays and understand different styles and how they should taste. We like to think that, while we may not be as wild as some, we’re making beer that our customers can pick up and drink without hesitation or worry that their dollars aren’t well spent.” 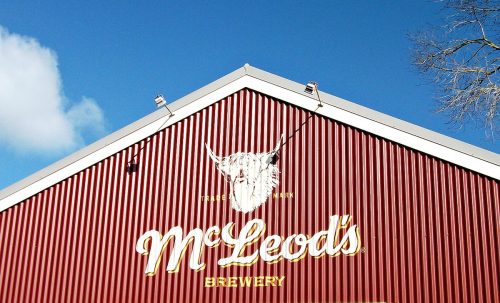 According to Geoff, one aspect of the independent beer scene that’s been particularly exciting is the connection between art and beer. Customers just need to walk the aisles of the beer section to see some amazing eye candy.

“It’s something we’re expanding on with our seasonal range. We’re blessed to have New Zealand Grammy-nominated artist Sarah Larnach in our extended family, and she’s produced some really beautiful seasonal labels and promotional posters for us, so we look forward to continuing this.” 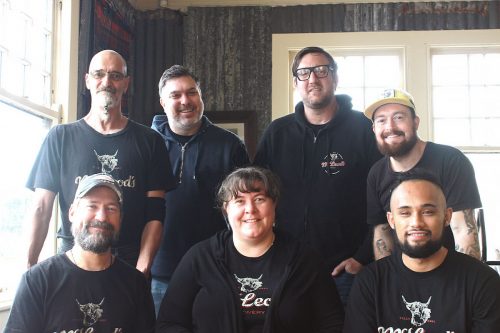 PAK’nSAVE is donating $100,000 in products to its food bank partners to ensure they can continue providing vital food assistance to those in need…