Vicky Ha, the Queen of Dumplings, was vegan when she was in University. Most products then were soy and/or tofu-based - she quickly became tired of the selection and needed a solution.

For example, they use an earthy beetroot pastry to pair with a luxurious version of dahl and add nutritious kale into it.

Pairing six different types of mushroom with a 20-month organic miso and pairing the flavour with tomato pastry. Basically an umami flavour bomb.

Ha stated that entering House of Dumplings into the NZ Artisan Awards last year was "simple, easy and straight forward". She highly recommends others to enter the Awards.

"Although none of us create food to enter the Awards, it is nice to get people to experience and recognise the flavour profile we want to create."

Ha uses the Artisan Awards stickers on all her products that head into the supermarkets to showcase her well-deserved win, and also to indicate to new customers that her product is definitely worth a taste.

For those who are wanting to enter this year...

Just do it! You've got nothing to lose! It is an honour to be part of an industry award like the NZ Artisan Awards! 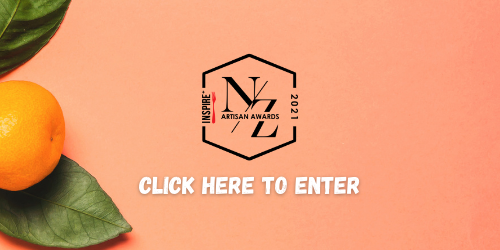