As Costco announces its plans to open a Westgate, Auckland store in 2021, businesses around the country will be wondering how the retail giant’s presence might affect their operations.

Back in October of 2018, Green MP Gareth Hughes pointed out that New Zealand products like butter, fruit, and vegetables are cheaper in Australian supermarkets than they are in the country in which they are produced. "When you look at the facts on the ground, Kiwis are paying more than our Australian cousins,” said Hughes. “In fact, more than any other developed countries on basically everything." Reporter Rebecca Stevenson has even claimed that New Zealand lamb shanks were cheaper in Costco in Missouri than they were in New Zealand.

Costco’s arrival on the scene looks set to disrupt New Zealand's duopolistic market structure. Across the ditch, Costco’s Australian stores – which the Kiwi outlets will be modelled on – already offer customers prices 25 – 30 per cent cheaper than other retailers. Such savings are likely to be mirrored in the brand’s New Zealand stores. Speaking to Stuff, Chris Wilkinson, managing director of First Retail Group, called Costco “disruptors on an epic scale,” and said the retail giant’s arrival will bring major changes for New Zealand consumers. “It will be quite significant across a range of categories,” Wilkinson said, “not just groceries but right through to stationary, into commercial cleaning supplies. It's a store without boundaries." 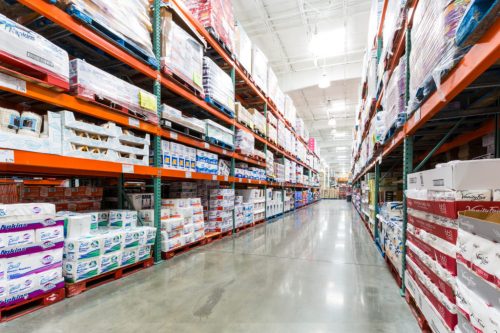 New Zealand does have some big-box retailers already. Kmart and The Warehouse are both staples of the Kiwi shopping experience, but neither has tapped into the groceries market in the way that Costco promises to. Costco’s approach provides consumers with an all-inclusive retail experience which introduces the ‘stocking up’ experience of big box suppliers to the conventional supermarket. “This is the kind of place you are going to be able to stock up. You will find communities will shop together," said Wilkinson, whilst Costco Australia managing director Patrick Noone said the bulk buy model presented a whole new way of shopping to Australians and Kiwis alike. "Members are able to buy everything from fresh food and electronics to clothing and cleaning supplies, all in one warehouse," Noone said.

Will all this potential change for the consumer, though, affect suppliers? Perhaps. Costco's arrival in New Zealand offers suppliers a window to the international market, via the company's 11 Australian stores. This is something not yet offered by the New Zealand-specific supermarkets currently dominating the Kiwi market. Costco's wholesale approach also looks set to give other wholesalers like Gilmours, who have previously faced little competition, a run for their money.

In a market economy, competition should be encouraged. It stimulates growth and, if everything is working properly, should result in a better deal for the consumer. But New Zealand is not a place that has historically embraced globalist, free market, open-ended capitalism, and Kiwis are unlikely to be thrilled about extensively imported Australian and American products. This is a country proud of its produce and its independence, and Costco will have to take that into account once it arrives in Aotearoa.

Of course, the convenience offered by Costco is offset by a number of factors. The store requires a membership – currently A$60 across the ditch – and its scale and location mean that, for most Aucklanders, trips to Costco will be infrequent affairs. This is not your local corner store, but nor is it even comparable to your local supermarket. A trip to Costco could be closer to a trip to IKEA (another big-box retailer heading to New Zealand’s shores soon) than it is to a trip to Countdown.

Nonetheless, it’s likely that Foodstuffs and Woolworths are going to have to keep a steady eye on the effects Costco has on their consumers in Auckland. With more stores planned for Wellington and the South Island after the Auckland store’s development, existing retailers cannot rely on brand loyalty when word begins to spread of the immense savings to be had elsewhere. It might not be an invasion, but Costco’s arrival promises to shake things up. It’s up to businesses to hold on tight.

Here are our top products to stock in the BAKED category. For more information and insights, see our latest issue of Supermarket News Magazine. Is your…