Despite his young age, 26-year-old Marco Claassen has quickly worked his way up the career ladder within New World, to become dry goods manager of their Victoria Park store in 2014.

Born in South Africa, Claassen spent most of his childhood in a small town on the coast of Cape Town, until his parents decided to give their lives a brand-new direction and, in 2001, moved the family to New Zealand.
“They wanted better opportunities for us three kids,” he said. “I have two older brothers, one who resides in the UK and the other in the Royal New Zealand Navy.”

The Claassens settled on the Hibiscus Coast, at first in Red Beach and later in Orewa, which over the years has earned a special spot in Marco’s heart, and for the most valid reasons.

“We got married on Rebecca’s birthday in November 2013 and a year later on her birthday, and our anniversary, we welcomed our beautiful little girl into this world.” 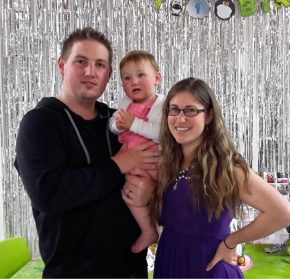 His career path through Foodstuffs has been no less impressive and started when he was only 15 years old, as a produce assistant in Orewa New World. Aged 17, he moved with his family closer to the city and found a job at Victoria Park New World, where he worked as a grocery assistant for three and a half years. Meanwhile, he attended Massey University in Albany and graduated with a BBS Major in Economics and a Minor in Management. But the job hunt didn’t go as planned and, after six months, a life-changing talk with Victoria Park’s owner Jason Witehira gave him an opportunity as an assistant inwards good manager in 2012, then inwards good manager in 2013, and finally dry goods manager at the end of 2014. In the same year, he started the Management Development programme, within which he won Best Student for year 2. “Winning this award was not just me, but the business I work deserves a lot of credit too because the success of the projects we do during MD comes down to the support we receive from the owner and the other managers.”

As a dry goods manager, he oversees five department managers and six supervisors. 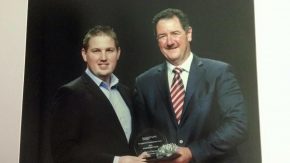 “Motivation is key. For me, being a leader in my department is all about communication, setting clear expectations, regularly catch up and providing feedback. Ultimately, it is all about being one team, and I think a good manager should lead his team rather than managing it, and have the ability to problem-solve quickly as well as the passion to deal with customers.”

He has found inspiration in his store’s owner, Jason Witehira. “He likes to share his knowledge and challenge his staff, and I appreciate the trust he has put in me to help me follow my dream.”

Speaking of dreams, Claassen has at least three of those growing strong in his mind; having another child, building his own house, designed by his architect wife, and owning a store. “I want to build up a small store into something great, and showcase what I have learned from my leaders to create a profitable business. It would be founded on good values; respect, culture and family.”