Located in the heart of downtown Nelson, New World Nelson City features nineteen checkouts, seven self- checkouts, and is staffed by 170 team members. The store reopened after refurbishments in 2007, and owner-operator Greg Guy has been on the present site from day one. 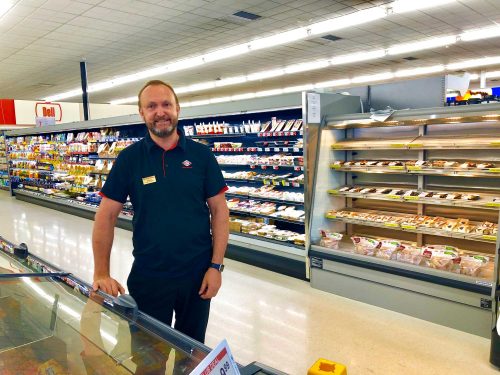 "I believe the industry chose me,” Guy told SupermarketNews. “At the tender age of 13, I was desperate to learn and earn money. I was living in Timaru and had applied at a couple of supermarkets for an after school job without much success. At the local New World, they told me to come back in a month and try again – I did this about half a dozen times.”

Eventually, Guy’s persistence paid off, and he was granted employment. He left school at 16 to work full-time at New World, becoming a local rep at 18, and buying his first store – a local 4 Square – at 19. Guy came to Nelson City via Christchurch, where he worked under Russel McKenzie. In 2005 he became the owner of Nelson City.

“I’ve been inspired and driven by the grocery industry for 40 years, and I wouldn’t be here without the support of the Foodstuffs organisation,” he said.

Guy’s passion for the industry, evident from an early age, is infused within New World Nelson City’s approach to business. The community-focused supermarket is always looking for new ways to connect with customers and encourage them to see the store as more than just a place to shop. 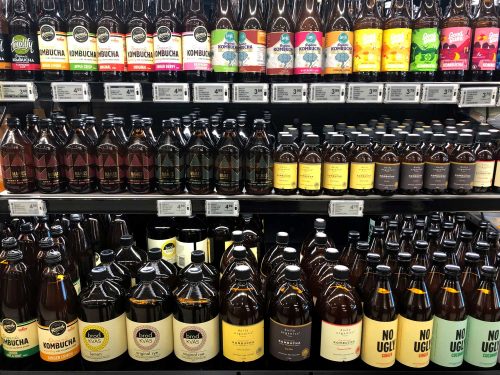 “At Christmas, one of our staff members (Mark) dresses up as Father Christmas and entertains customers, and at Easter he does the same with a big Easter bunny. If there is an event on such as St Patrick’s Day or NZ Cup Day, our team get into the spirit and dress up.”

The business’s interaction with the community goes beyond mere novelty, though – New World Nelson City gifts two banana boxes of bread each day to nearby Victoria Primary for the school’s breakfast program. Another local school, Auckland Point, receives a $50 weekly voucher to purchase whatever the students might need, and last year the store spent about $40,000 in the local community through helping local fairs, raffles, and sports groups. Being a Nelson business, the store has also made connections with many local Nelson start-ups that have since gone on to become nationally and internationally acclaimed, including Pics Peanut Butter and Proper Crisps. 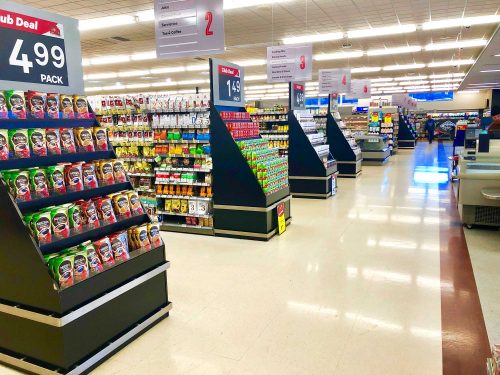 Guy identified a number of in-store growth opportunities, including wellness goods, craft beers, and international cuisine. Surrounded by retail units in the heart of a popular city for tourists, it’s perhaps unsurprising that food-to-go is another of the supermarket’s major sectors, and Guy’s team have completed some minor remodelling of their store in recognition of this.
“We changed our freezer case line-up by reducing the length of our coffin case freezers, removing ten old stand-up freezers, and putting in 33 brand new stand-up freezers along with the reduced coffin case unit. This allowed us to create a food-to-go line-up, and it’s been a complete transformation.” The new set-up gives New World Nelson City eleven metres of food-to-go display space as well as a two-metre hot food display.

The team have also worked hard on their recycling program, and have their own cardboard and plastic crusher, working hard to ensure that only items which need to be thrown out, are. “We put all our cardboard boxes from the morning at the back of the checkouts for customers to use. This has proved hugely popular, with the boxes disappearing faster
than a hot dinner,” he said.

Looking ahead, the team at New World Nelson City have ambitions to improve their self-checkout area, upping the number of self-scan units from seven to nine, as well as remodel the entranceway to improve accessibility. A plot of land adjacent to the supermarket is owned by Foodstuffs and has been earmarked for a potential future expansion. “Over the years, we’ve completed a number of minor upgrades,” said Guy. “So we look pretty sharp most of the time.” 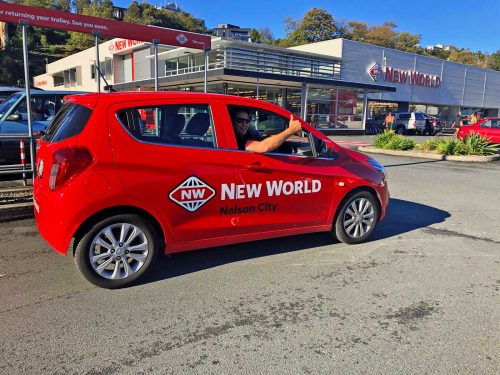 After six years as chief financial officer with Foodstuffs North Island, David Stewart has now been appointed as the company’s general manager of merchandise,…