Following huge demand from New Zealanders, Cadbury’s iconic Kiwi chocolate Cadbury Caramilk will be returning to stores for a limited time from 1 February. When Cadbury brought back Cadbury Caramilk in 2017 it sold out in just three weeks.

“We thought Caramilk would be popular when we brought it back last year, but we were shocked and amazed at how much demand there was for the caramelised white chocolate. We couldn’t have anticipated the extent of Cadbury Caramilk’s popularity amongst Kiwis, so we wanted to bring it back again for even more people to enjoy,” said Cadbury New Zealand Country Head, James Kane. 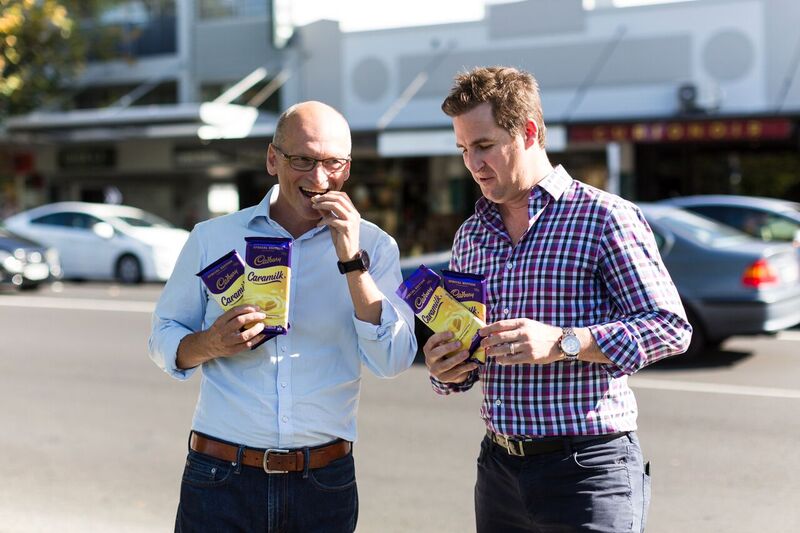 Ahead of Cadbury Caramilk being available in stores, Cadbury has donated two of the first cases of 64 blocks off the Dunedin production line to two of Cadbury’s long-standing community partners, Paralympics New Zealand and Make-A-Wish New Zealand, to auction on Trade Me.

“After Cadbury Caramilk sold out so quickly, we saw blocks listed on Trade Me – some fetching crazy amounts. Some were even sold to the Aussies, with blocks going for as much as $50 AUD each on Australian auction sites.With many Kiwis turning to Trade Me to get their hands on a block, we thought this was the perfect opportunity to donate Cadbury Caramilk to some fantastic local charities and we are excited to see how much a case of 64 blocks will fetch,” said Kane.

“With the two cases being fresh off the production line, we believe people are going to want to get their hands on them, while providing valuable support to two great Kiwi charities.”

Mondelez New Zealand’s community partner, Paralympics New Zealand, is one of the recipients auctioning a case of Cadbury Caramilk.

“Cadbury has been helping fundraise for Paralympics New Zealand for a few years now, not only have they helped me and other Para athletes get to the Paralympic Games, but they have helped disabled kiwis get more active and healthy through our community Parasport programmes,” said New Zealand Paralympian and gold medallist, long-jumper Anna Grimaldi.

“After the amazing demand for Cadbury Caramilk last year, we really hope lots of people will bid to get their hands on the blocks. The funds we raise will go to helping us compete at international events in 2018, in preparation for the Paralympic Games to be held in Tokyo in 2020 and will also go into supporting the growth of Para sport locally.”

Make-A-Wish New Zealand is the other charitable organisation receiving a Cadbury Caramilk case to auction off.

“We know many Kiwis were hoping that Cadbury Caramilk would return so it’s great to be able to use its popularity to raise funds for our amazing organisation. We were delighted to be approached by Cadbury – which we have worked with for a number of years – to auction a case of Cadbury Caramilk to raise much-needed funds to make more magical wishes for the families of critically ill children become a reality,” said Make-A-Wish New Zealand CEO, Pam Elgar.

“Every wish is entirely different and created specifically for each individual family to ensure we have the biggest impact on their lives and well-being. Previously we have taken families on adventures to theme parks and major conventions and introduced kids to their heroes and we are excited to see what we might be able to achieve with the help of the money we raise from auctioning off Cadbury Caramilk blocks.”

Online shopping is continuing to be adopted by more consumers as technology improves and shopper’s convenience needs increase. A joint report from Nielsen and…