Foodstuffs are moving ahead with its electric initiative with plans for a further 16 fast charging stations and four new electric heavy logistics trucks. The announcement of the new sustainable additions come after the company was successful in the latest round of government funding. The 16 new fast charge stations and the four electric heavy logistics trucks will join the companies 28 electric delivery vans and 48 fast charge stations.

Mike Sammons, sustainability manager, Foodstuffs New Zealand said that going electric was all part of Foodstuffs effort to reduce its environmental footprint. “In a New Zealand first, product deliveries to selected stores will be now be made by four new Isuzu Electric trucks in Auckland and Christchurch. The two 6 tonne and two 11 tonne trucks follow the successful trial of 28 full electric delivery vans already deployed – which have clocked up more than 200,000km and saved 37 tonnes of CO2.”

“The government fund – administered by EECA – plays an important role in helping business get into carbon-reducing technology and proving the case for more widespread adoption. The co-funding has supported our partnership with Blackwells Isuzu and SEA Electric for our trucks, and our long-term collaboration with Charge Net NZ for our store-based chargers.”

“While customers at New World, PAK'nSAVE and Four Square can fast-charge their vehicles now when shopping at our 48 stores, that wasn’t enough for the business, so Foodstuffs investigated taking the network further – and will add four new sites in the South Island and 12 in the North Island, taking the total to 64.”

Sammons added that the move was influenced by consumers growing interest in sustainable options such as making the switch to electric cars. “Consumers are increasingly choosing to go electric when it comes to their cars – and need a network to help make the transition.  It makes perfect sense for our supermarkets to host fast chargers which customers can use while they shop. Time is the one commodity we’re all running short of, so combining two jobs is a winner for our customers.”

Foodstuffs was quick to jump on the Low Emission Vehicles Contestable Fund offered by the government. “As a 100% New Zealand owned and operated company, we have our community’s interests at heart along with our important role as kaitiaki for the environment. The opportunity to work in partnership with government and industry bodies to grow the network really appealed and has enabled us to make a meaningful difference. We have the scale and reach to make things happen quickly, and there’s still more to be done,” added Sammons.

Foodstuffs will start installing the new chargers in the coming weeks, and the four new delivery trucks will arrive mid-2019 and start work immediately. 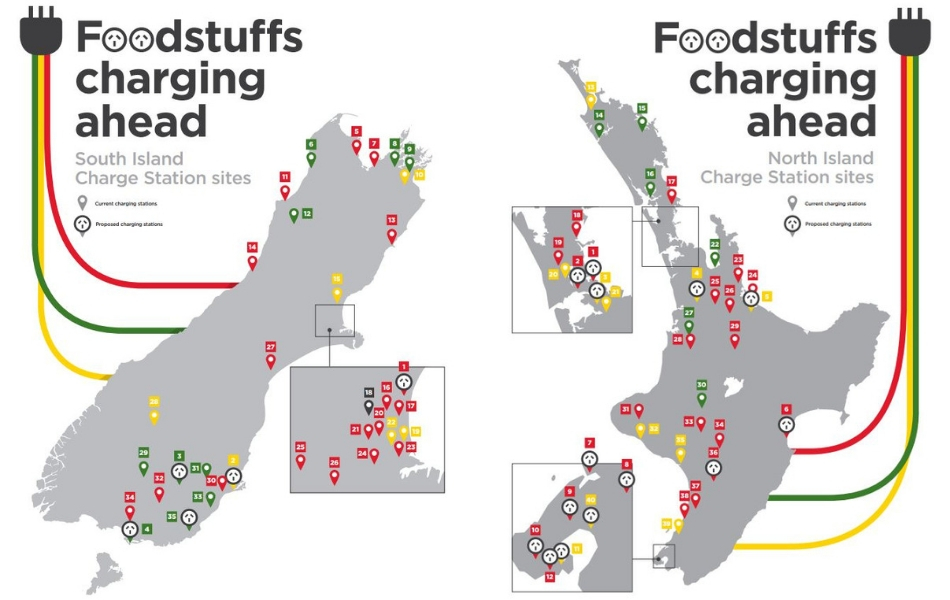 SIAL Innovation has selected this year’s most innovative products among those displayed by SIAL exhibitors. Nearly 2,200 products from 942 companies were entered. A…