After moving to Matakana for a job in a new company that never really got off the ground, Mike Sutherland wondered how he could stay in the Mahurangi area.

“There isn’t a lot of industry, most people work for themselves.” 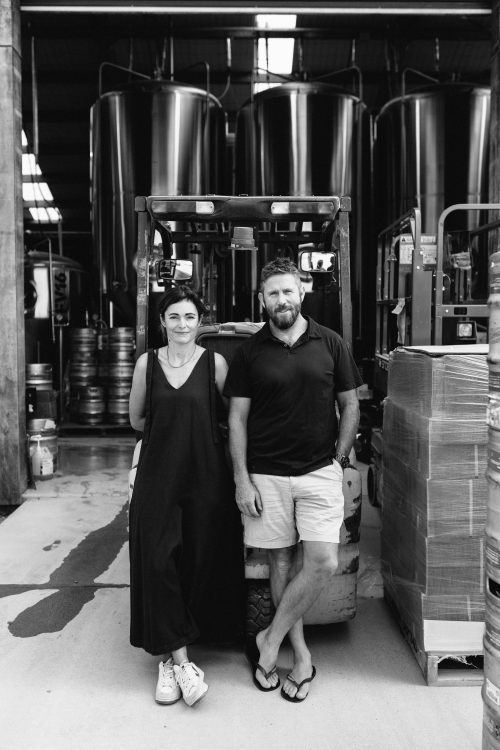 He and Kirsty McKay had been talking about starting a brewery for a number of years. They could see the industry growing and both wanted to make something.

“I was really into good beer - when we had lived in Lyttelton, there was a shop down the hill that sold the Emersons range and we could get fresh beer from Harringtons through the tunnel.”

Sawmill Brewery, or as it was known back then The Leigh Sawmill Brewery, was owned by Peter and Decima Freckleton and was adjacent to the Leigh Sawmill Cafe in a shed Peter and Decima rented from the cafe’s owners. Sutherland went to spend a day with Peter, seeing how beer was made on a commercial scale, and came home to tell McKay the brewery was available for purchase. Six weeks later, Sutherland and McKay owned the brewery.

“We worked like crazy, it was summer and there was so much to learn.”

The pair knew that they wanted to make excellent beer.

“There was a real single mindedness to it. Not much attention was paid to marketing or to what anyone else was doing. Just hours in the brewery understanding everything, learning and improving.”

Twelve years ago, most of New Zealand’s craft breweries were in and around Nelson and Wellington. The brewery’s relative isolation from the craft beer community played a big role in shaping Sawmill. Back then, they were the only brewery north of Auckland and rather than taking influence from others, the Sawmill pair made their own decisions.

“The more you do that, the more confident you become doing that.”

Sawmill was the first craft brewery to can beer. The business has a different approach to packaging in general, operating right at the reality end of sustainability. The backing of their bottle labels is collected and recycled through a program with their label provider and all soft plastics that come into the brewery are recycled in New Zealand with Plasback. This has reduced the brewery’s waste to landfill by 85 percent.

The biggest natural resources a brewery uses are water and power. Sawmill Brewery started using solar power over 11 years ago and catches all the water available from their own roof. Around one million litres are collected annually for use in the brewery, and an on site spring supplies the remaining water needed. The rainwater accounts for 16 percent of the water the brewery uses, reducing the reliance on the on site aquifer.

Standard practice sees brewery wastewater go into the stormwater system, but at Sawmill all stormwater and wastewater is treated on site and goes back on to the surrounding land as irrigation.

Hop residue is separated out of the wastewater and Sawmill works with local charity, Mahurangi Wastebusters to use this residue for making compost which is then sold to fund waste-reducing initiatives.

Inside the brewery, the team has installed a heat recovery system which recycles water. This process saves 287,091Mj of energy annually - that’s nearly 6000kgs of LPG per year.

The Matakana brewery’s 54 solar panels generate up to 97 percent of their power use in summer and around 78 percent in winter.

“Through B Lab, we measure all our initiatives because external certification gives confidence to consumers and to us that what we are doing is measurably making a difference.” 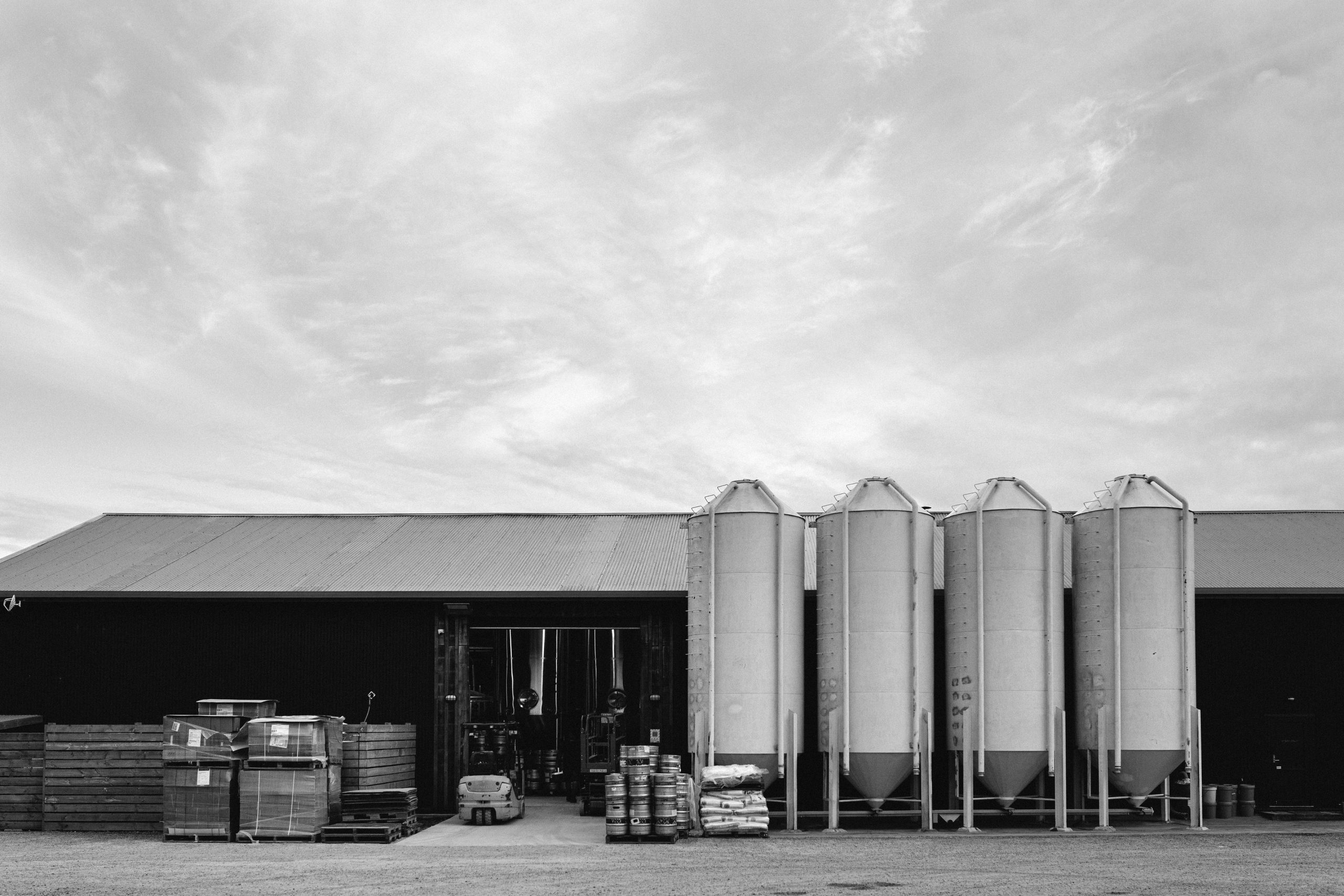 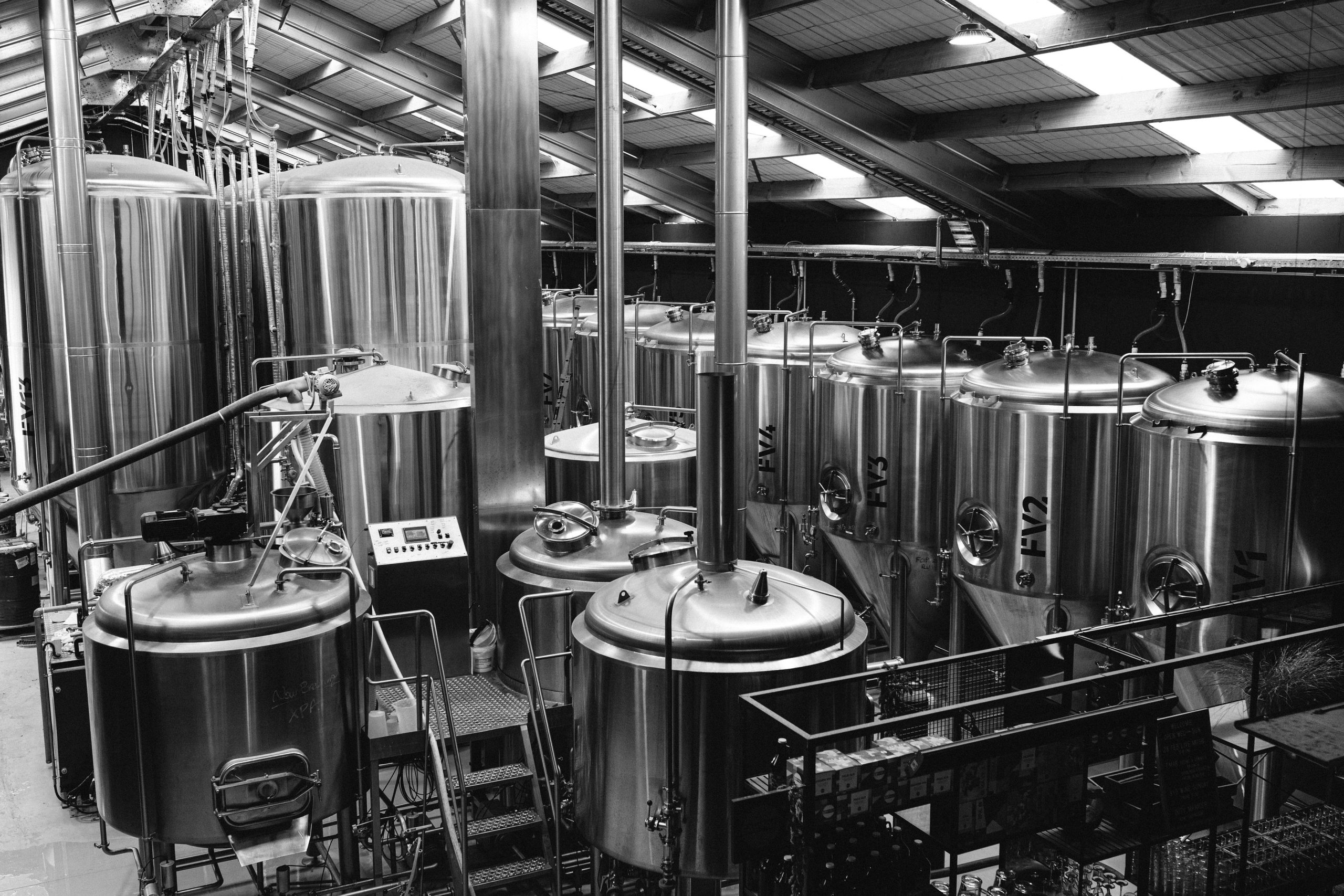 At Sawmill, Sutherland has always aimed to make the best quality beer possible. The best beer needs to be fresh and really well made with excellent ingredients and a lot of attention.

“We have the best team here to achieve that and we are fiercely independent.”

To Sutherland, a great brew is made with perfect balance. He finds most reward in seeing people learn and master their work.

“Style doesn’t matter too much, balance shows the skill of the brewers.”

Over the years, the brewery’s goals have broadened. Sawmill has evolved into more than just great beer. Sutherland wants a strong business that’s good for his team, community and environment.

“There is a bigger picture that drives us now.”

Sawmill is working on a big project to decarbonise the brewery with the overarching goal of becoming carbon neutral. Beverage and food manufacturers require a lot of heat energy in their processes and Sawmill is working on a project with Energy Efficiency Conservation Authority (EECA) to look at ways to improve efficiencies in the brewery and fuel switching opportunities from fossil fuels to renewable energy.

“In doing this, we can show other food and beverage manufacturers a pathway to reduce our environmental impacts. I find these types of projects really satisfying.”

Sawmill Brewery has grown based on support from beer drinkers all over New Zealand. The business is also looking to expand, including a cutting edge system for recovering biogas from the wastewater treatment system and a whole lot of restoration work on the brewery’s land.

“It’s been a long process and we’ve been really thoughtful in how we go about this.”

Construction should begin within six months, and in the meantime, Sutherland is providing vegetables and meat to his staff from the brewery’s land.

Farmland Foods are excited to launch its new LUNCH CLUB ‘redeveloped’ range of sliced ham. Brand Manager Steven Young said it has been a…