Reducing packaging waste has been a focus of grocery manufacturers for many years, and a lot of work continues to be done to consider such issues by the Food and Grocery Council’s sister bodies the Packaging Council and the Packaging Forum.

It’s clear that over the next couple of years the Government will be taking a greater interest in minimising all forms of waste due to the elevation of Green MP Eugenie Sage as Associate Minister for the Environment.

She has already taken an interest in the issue of single-use plastic bags in supermarkets and retailing that has seen proactive responses from Foodstuffs and Progressive and has indicated that disposable coffee cups – 300 million of which Kiwis throw away every year – could be one of the next packaging issues on her list. Many New Zealanders will be very supportive of this.

Her review of the Waste Minimisation Act, to see how it can be more effectively used in turning around New Zealand’s position as the 10th worst nation for creating urban waste per capita, will likely point to other forms of packaging that need attention.

Throughout the grocery sector, many Food & Grocery Council members have been thinking about what more they can do.  Where possible, they have re-designed or reduced packaging, and in some cases have changed the use of plastics in their offices. Of course, there’s always more work to be done and it’s surprising the places that changes can be made.

A recent example was the announcement by global liquor company Pernod Ricard that it’s no longer going to use plastic straws and stirrers at its events worldwide. On the face of it that may seem like a small decision, but in terms of reduced waste over time, the impact will be major.

Let’s put it into perspective: Pernod Ricard says a straw used for just 20 minutes can take more than 200 years to break down into smaller pieces, and even then often they do not fully disintegrate. It’s estimated Kiwis use and throw away 540 million plastic straws each year, but that’s about as many as are discarded every day in the United States alone! Someone has worked out that’s enough to wrap around the Earth’s circumference two-and-a-half times a day! In New Zealand, Sustainable Coastlines says straws are one of the most common items collected during beach clean-ups.

Decades ago, something like ditching straws might have been met with annoyance, even outrage, but the world has changed dramatically in terms of attitudes, and consumers and companies have to change ideas of what’s expected.

Pernod Ricard, with its high profile New Zealand wine brands Brancott Estate and Stoneleigh, is sending a great signal with this move, as well as with its aim to reduce its waste to landfills from 913 tonnes to zero by 2020.

Retailers, along with the phasing-out of single-use plastic bags, are innovating and making significant change in the packaging of fresh produce.

Supermarket News reported recently on the South Island New World team’s look at doing their bit to reduce plastic, in a project humorously called “food in the nude” (not to be confused with Paris’s newest restaurant, O’naturel, where classic French fare is served up to diners in the nude!).

New World reports that shoppers have been overwhelmingly positive in their purchase of unwrapped fruits and vegetables, to the extent that there’s even been an increase in sales – an unexpected bonus that proves going back to basics and eliminating unnecessary packaging doesn’t have to hurt the bottom line. 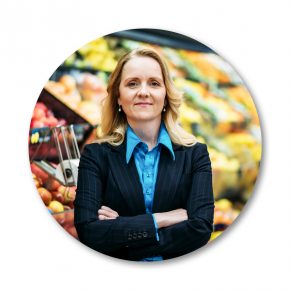