"In New Zealand, it is a well-known fact that we have one of the highest ratios of promoted sales to regular sales in the Grocery world. Naturally, this leads to the notion that you need to talk to both consumers and shoppers about price and do it in the most effective way to maximize your trade spend. The most visible aspect of this are the weekly mailers issued by both Foodstuffs and Woolworths, but other factors also come to the fore such as in-store deals, outdoor advertising, radio, TVCs and more. But the question must be asked by all suppliers: which are the ones that will give you the best bang for your buck? And there is another question hovering below the surface which needs to be asked but often isn’t: do I actually need to be in the mailer as much as I currently am?

At Shopper Intelligence, we survey 40,000+ shoppers annually about their wants, needs and motivations. In the survey, we ask about their attitudes towards the communication of pre-store promotions. At the heart of this is understanding the role of vehicles like the mailer – do they have the potential to make people choose where they will shop based on the strength of the offers they see before they even get to the store? In our most recent survey, it became quite clear that the communication of pre-store promotions has become less effective at driving store choice for shoppers. This is not limited to any one chain – both New World and Countdown’s mailers have become less effective in equal measures at achieving this. However, the scores for Pak n Save have also declined significantly in this area, proving that it's not just the mailer driving this down. All forms of pre-store communication have become less likely to get shoppers to choose where to go.

But this is not all doom and gloom. Pre-store communication still matters it's just that for many categories it doesn’t have an effective role to play in driving store choice. The key is to know for which categories it does matter and for which ones it’s not as important.

The next logical step from this is to try to understand where your category stands in all of this. If you play in a category where pre-store communication matters, then two things become immediately apparent – 1) you need to ensure that your promotion plans include enough pre-store communication to drive traffic to stores, and 2) you need to understand what role price plays. Does the mailer spot have to be about calling out the deal, or is it more about calling out the occasion or mission? Does educating the shopper play a role, or do you need to inspire the shopper with a new idea they haven’t seen before?

A third aspect also needs to be looked at in more detail – which forms of pre-store communication work best. In our survey, we look at several different kinds and benchmark these against all categories to help you understand which ones will move the needle. In our data, you can see if the mailer is the strongest form of pre-store activity, or if digital information (i.e. direct email) has a role to play. Some categories respond very effectively to Loyalty programmes while others will see results from TVCs.

If the category doesn’t require as much pre-store investment as other categories, then the conversation becomes different. For these types categories, we still recommend a certain level of pre-store communication through mailers etc., but that communication has to be meaningful and not just be something to fill a gap on a page. The bulk of the investment should go towards improving the in-store environment and developing in-store cues to attract the attention of the shopper. When pre-store communication isn’t a driver of behaviour, the category is a driver of spend instore and the category should be geared up to reflect that."

Shopper Intelligence interviews over 100,000 shoppers in Australia and over 40,000 shoppers in New Zealand across the Supermarket, P&C and Traditional Liquor channels in order to drive strategic shopper-led commercial decisions at retailer, category, segment and brand levels. If you want to understand your shoppers better, contact Andrew Arnold, Insights Director at Shopper Intelligence New Zealand at andrew.arnold@shopperintelligence.co.nz. 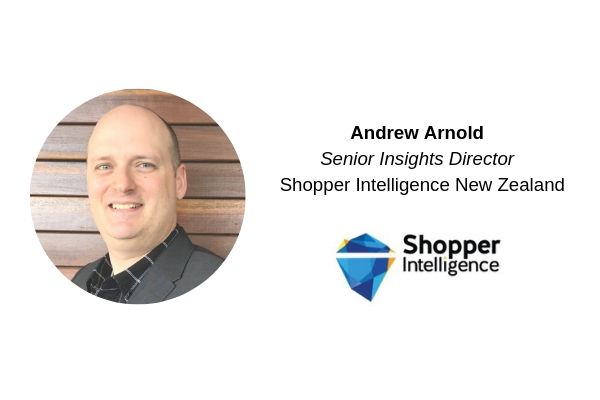 Kiwis love their sausages. Unfortunately, Germans don’t love Kiwi sausages. Fortunately, one German decided to take it into his own hands and started making…