The three charities that were selected are the Auckland Women's Refuge for its Domestic Violence Weekly Program for Wahine and their Tamariki, KidsCan Charitable Trust - for their Early Childhood Education programme and Perinatal Anxiety and Depression Aotearoa – to fund special projects.

Foy said she was delighted that Newman’s Own Foundation has added its support to these very special charities.

“I am so proud of the work these charities have done for our families and our community.  So many of us are often in positions of physical, emotional and psychological stress and have nowhere to turn – so my heart goes out to them and all the of the wonderful work they do,” said Maria.

Newman’s Own Foundation’s President and CEO Robert Forrester, who was a close friend of Paul Newman, said the Foundation was inspired by the important and influential role Foy has through her blog.

“Maria has truly shown how each of us can make a difference, in her case by using her public profile to build awareness, fundraise and effect change within the community – a tradition supported by Paul Newman during his lifetime and continued by Newman’s Own Foundation,” said Mr Forrester.

Foy’s popular blog ‘Happy Mum Happy Child’ has provided many New Zealanders with a great source of comfort thanks to her honest portrayal of dealing with postnatal depression, anxiety and the general challenges of parenting.   Maria has often used her blog as a platform to champion charitable causes, highlight the importance of giving back to the community and the need to support each other in times of need. 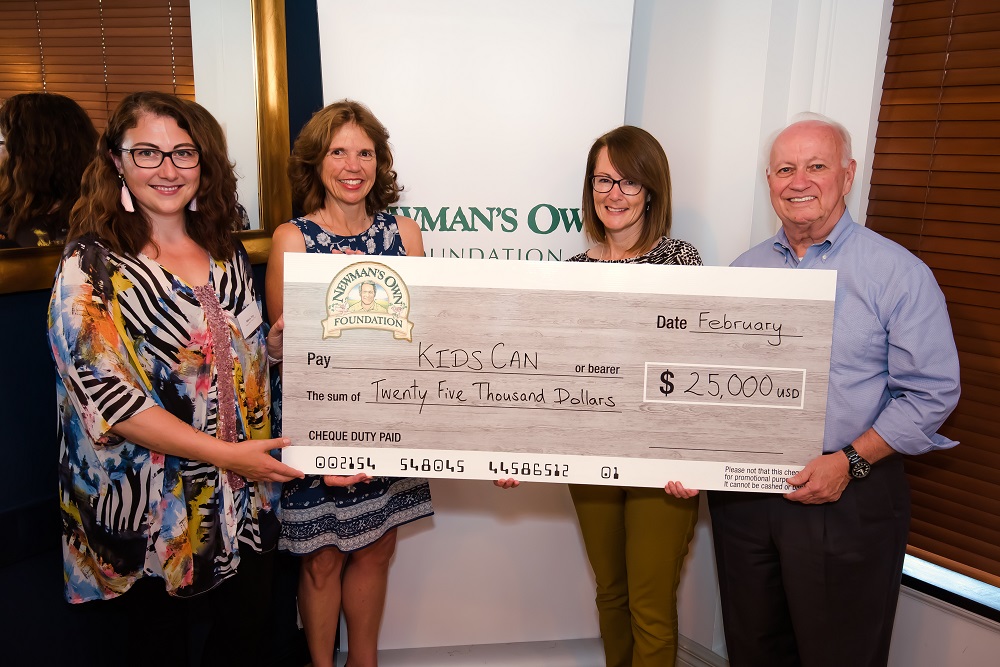 New Zealand based confectionery brand, RJ’s, has announced as of July, they will be 100% Palm Oil Free, and are urging Kiwis to “Ask…