Countdown Mt Eden’s team organised store manager Wiebe van der Veen a surprise celebration for his 20th work anniversary. The surprise included secretly inviting his parents, partner and several members of the senior management team to help with the celebrations. The team also organised a child-free long weekend away from the store for Wiebe and his partner.

Wiebe started with Countdown at Kerikeri as the Nightfall Assistant and over several years moved around the departments learning the various roles including produce and perishables.

He’s worked at more than 20 stores around Auckland and up to the far north.

His first Store Manager role was at Aviemore Drive, other key stores included Waiheke Island,  Auckland City, Brown’s Bay and has been at Mt Eden for just over two years.

Congratulations Wiebe on this milestone. 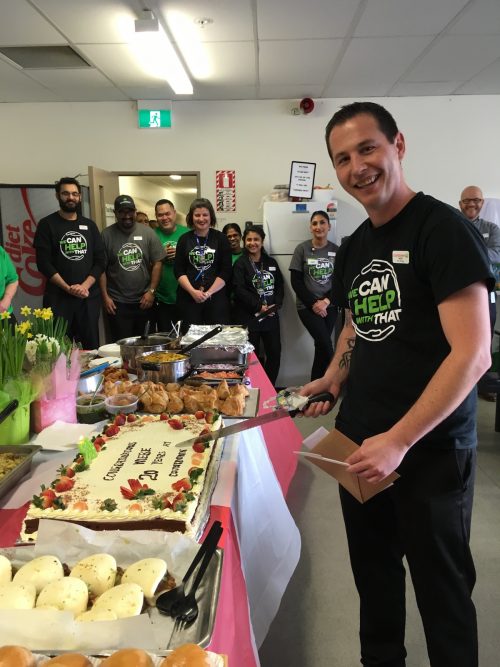 Ashburton has welcomed its newest supermarket Countdown and there is lots to love in the new store with wider aisles, an expansive fresh produce…