"2017 was a particularly busy year for issues that concern our grocery sector. Again to the fore for the wider food industry were the big recurring themes of sugar content in products, reformulation, and labelling – all of which will at some point involve supermarkets.

One of the early issues was plastic microbeads in personal-care products, with the Government proposing to ban them by next July. The industry quickly jumped on board, with most companies already having largely eliminated the beads or in the process of doing so. This was another example of companies listening to consumers and reacting swiftly to environmental concerns, just as the supermarkets did with their moves to ban plastic shopping bags – all sensible moves.

Country of original labelling gained a lot of attention, with Parliament studying a Green Party proposal requiring such labels on all single-component foods. The problem is that it could be impossible, if not very costly, to do it on products that have to come from different sources, depending on the season, price, and availability. Origin labelling is relatively straightforward for some ingredients, but not aggregated and blended products such as coffee, tea, sugar, flour, custard powder, pepper, cooking oils, oats, spices and rice. The debate is set to be renewed in 2018.

The issue of a tax on sugar was raised, again, with the Food and Grocery Council again pointing to the failure of food and beverage taxes in Mexico, doing little to curb consumption and reduce obesity levels. It’s certainly increased the amount of tax collected from the Mexican people, however.  With at least two partners in the new Government keen to explore this, the idea of further food and beverage taxes for New Zealand is not likely to go away.

Industry made it clear it will work with the new Government, as it did with the previous one, to help tackle the obesity issue. Members remain committed to responding to consumer preferences and will continue to build on the work of recent years to reformulate and innovate to offer more and healthier choices by lowering levels of sugar, salt, and fat.

The proof is in the number of products on supermarket shelves that display a Health Star Rating logo. At the end of September they had climbed to more than 3500, nearly 1800 of them industry labels, and the remainder supermarkets’ own brands and non-FGC brands.

FGC bases everything it says on scientific and nutrition advice, so it was disappointing that late in the year there was an ill-informed call by Consumer NZ and the Dental Association for food labels to show the amount of added sugars.

We pointed out that this wouldn’t help consumers because sugar is sugar and that our bodies metabolise all sugars in the same way, whether they are naturally present in ingredients or are added. The amount of total sugars has been on packaged foods for many decades, as required by law, and all consumers need to know is how to read the labels.

My award for the silliest subject of the year goes to the Bad Taste Food Awards, which Consumer uses to attack the food industry. They admitted this by saying in their promotions that the motivation behind the awards was to “name and shame” and “to expose” food companies.

The whole thing was disappointing. Some of their “winners” were the very products they encouraged people to vote for, so it was hardly a subjective vote. And while making claims about misleading labelling they were suggesting the sugar content of most products was hidden – when in fact it’s on the labels, by law.

This all supposes that food companies are not interested in producing healthy food that people want, which couldn’t be further from the truth. It’s disappointing that what was once a fair voice for consumers has turned into an organisation that’s willing to unfairly reflect our food law and the Fair Trading Act in an effort to remain relevant." 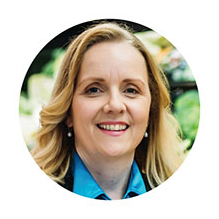