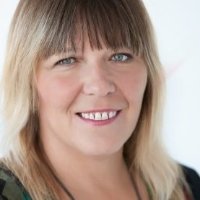 Kiwis like being first. We were the first country to give women the vote, the first to declare war on Germany in World War 2 (ahead of the British due to the time difference), and the first to win back to back Rugby World Cups. New Zealand shoppers in the 1980s were also probably the first to really embrace early electronic payment systems such as EFT-POS.

At a time when such machines were rarely seen in British supermarkets and shops, virtually every New Zealand business had installed electronic payment technology, customers were happily swiping away and the sight of cash was becoming increasingly uncommon. Electronic payments are ubiquitous these days. You only have to see the customer confusion when a business does not take card payments or the utter chaos and disruption if the payment network goes down.

Supermarkets and stores will know all of this from experience and an analysis of their tills. One of the real growth areas in electronic payments is the increasing use of contactless or “tap and go” payments. For purchases under $80 the customer simply swipes or taps their card on the machine. There is no need to enter their PIN number. The same card can be used for larger purchases but a PIN will be required.

The $80 limit is more than enough to cover a small to medium grocery shopping basket. As an aside, while we often talk about “PIN numbers”, the “numbers” part is actually redundant as PIN actually stands for Personal Identification Number. By saying “PIN Number” we are really saying “Personal Identification Number Number”. Obviously there is no harm in the practice but it does illustrate how we sometimes forget what popular acronyms originally stood for.

Back to the rise of contactless payments, new data clearly shows accelerating growth. The Sunday Star-Times reported on fresh contactless payment research from MasterCard which is to be released in late February. MasterCard’s data shows that two out of three people used “tap and go” payments at stores. That is a staggering 20% increase from last year. Around 70% of people said they used contactless payment technology because it was convenient and easy. MasterCard polled more than 1,000 people for the survey.

There are still some concerns in the industry around the transaction costs of contactless payment. At an average of 1 percent they are cheaper than credit cards (1.4 percent) but more expensive than similar payments in other countries such as the United Kingdom, and more expensive than EFT-POS payments which are free (apart from the cost of the terminal).

The card companies are (naturally) defending their position but there is likely to be a robust debate on the issue during 2016. NARGON will be monitoring discussions closely and always welcomes feedback from members about issues such as this.

Despite some industry unrest over fees, they do not seem to be diminishing customer enthusiasm for the technology. We can expect further strong growth of  “tapping and going” in 2016. It is interesting to note the areas where Kiwi shoppers appear to be ahead of their counterparts in similar countries such as Australia, Britain and the United States. We quickly embraced electronic payments and digital payments, and reusable shopping bags are hugely popular here. However, by comparison, New Zealand shoppers are still more reluctant to use self-service checkouts. The reason for this disparity is not immediately clear but any suggestions are always welcome.

This is the first NARGON column for 2016. We hope you had a safe and enjoyable festive season and that the New Year is off to a positive start.