Since its launch in early 2017, it seems that everything has moved in hyper-speed for Auckland beverage start-up Vista. In February, the company entered a sales and merchandising agreement with Lion New Zealand weeks after closing a massive investment deal with property developer and investor, Kurt Gibbon, and more recently has opened its own manufacturing facility in East Tamaki. In the midst of what is looking like a successful era for the business, SupermarketNews takes a closer look at Vista; its challenges, goals, and plans for the future.

Scott Day, Russ Hopper and Adam Sorensen met in school and reunited a decade later to start on what was then a part-time project. Vista’s slogan, “Like Water, But Better” is a testament to the trio’s desire for a refreshing and tasty drink, minus the added guilt that comes with one’s typical fizzy beverage. 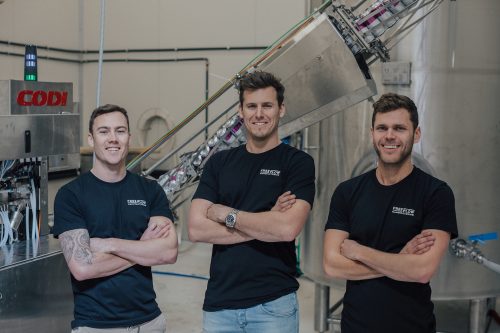 “Convincing consumers that a sugar-free beverage can be healthy is challenging, and we still have a long way to go, but we’ve had some incredible sales figures during autumn and winter, so I definitely feel that we’re making progress,” Scott said.

Vista’s passion for reducing sugar consumption is apparent in their brand; in fact, they consider this as the “most important goal” they have for the business. “...we really want to see kids drinking less sugary beverages, reaching for a can of Vista rather than a soft drink or juice.” Despite pressure from people in the industry to add sweetener to the drink, Scott said that sampling sessions revealed most kids who tasted it enjoyed at least one flavour.

On the subject of what opportunities the start-up sees in the sugar-free category, sustainable packaging is first on their list.

“Canned beverages are on the rise, as consumers are becoming more conscious about the environmental impact of plastic and brands are seeking cost-effective alternatives to glass,” said Scott. He further explained their goal of implementing sustainable practices throughout the manufacturing and distribution of their products.

Vista also maintained a cost-effective approach in its sampling opportunities and event sponsorships. Last summer they were one of the sponsors for Beach Series, an event held on the North Shore in Auckland. At least one of the owners, or more often the three of them, handed out a can to participants.

“It was awesome to see so many kids drinking Vista while getting active after school, and it was a really valuable way to get direct feedback from hundreds of people in our target audience each week. Seeing live reactions from consumers was a major highlight for us and getting face-to-face contact with consumers has also been really rewarding for us personally,” Scott further explained. The personal interaction with the customers clearly benefited the business, as strong sales at the local supermarket were apparent over the summer.

It is evident that there is no stopping Vista in their vision of breaking new ground in the beverage category. Opportunities for growing their manufacturing and expanding their range is on the horizon, with sights set on export to countries like China and Korea. As a growing business, the company understands that success is not a race - acquiring new stockists remains their biggest challenge. However, the positive feedback and promising sales figures they’ve received in the last year keep their momentum going. 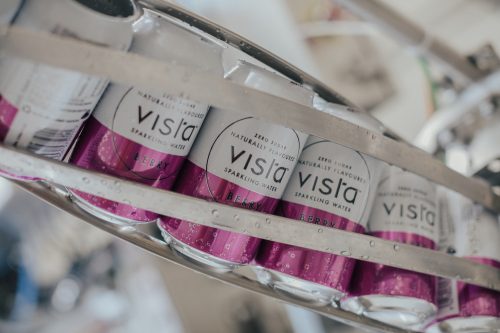