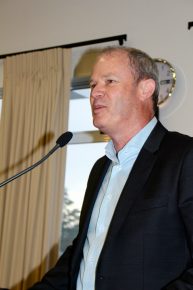 This year’s Countdown Suppliers Charity Golf Day has helped raise $141,000 to support Alzheimers Auckland and those 15,000 to 17,000 Aucklanders living with dementia, bringing to $1.5 million the total amount of funds raised over the past 13 years. A cheque was presented by PM John Key, and Dave Chambers, managing director, Countdown, praised all suppliers for their commitment.
“The Supplier Charity Golf Day is such a great day out. Not only does it raise funds for a good cause, but it’s a good opportunity to catch up with suppliers socially and I’m always very appreciative that they support us in helping this cause,” Chambers said.
Countdown’s initiatives for Alzheimers Auckland and the Kids Hospital Appeal have recently earned the company the ‘Health and Wellbeing’ award at the Good Business Egg Awards 2016.

For all your tea needs, Chanui has you covered. Their three must-have teas include a traditional English Breakfast, an aromatic Earl Grey, and an…