Nearly 540 bakers have had their pies judged to determine the 20th Bakels New Zealand Supreme Pie Awards winner.
A panel of 21 judges evaluated 5.284 entries against their texture, flavour, colour and gravy proportion to meat, with the Supreme prize going to Patrick Lam from Patrick’s Pie Group Gold Star Bakery, Tauranga, for his bacon and egg pie. 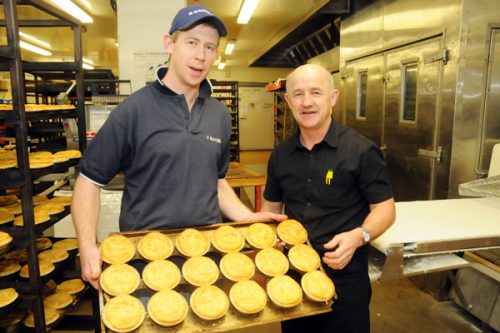 Two of all the winning bakeries belonged to Foodstuffs’ supermarkets, namely Dan Shaw from Havelock North New World (Hastings), who was awarded Silver in the Gourmet Fruit category for his caramelised walnut, black doris plum pie, and Roger Cathro from Pak’nSave Petone (Wellington). The latter managed to take home three awards this year: gold in the Gourmet Meat category for a steak and mushroom pie; another gold in the Potato Top category and silver in the Mince & Gravy category.

As for the Commercial/Wholesale (mince & cheese) category, Terry McMahon of Christchurch-based Couplands Bakeries scooped the top prize. Eddie Grooten of Dad’s Pies and Murray Swetman of Ponsonby Pies followed at second and third positions respectively, while Paul Barber of Goodtime Foods was mentioned as ‘Highly Commended’ in the same category.

According to Brent Kersel, managing director of NZ Bakels, the quality of the pies has been improving significantly over the past 20 years. "The bakers of today are very resourceful, and combined with the quality produce available, from our delicious beef and flavoursome vegetables, produce pies to a high quality."

Here are all the Gold Award winners:

The new Harr-Os Oat Bites from Harraways give consumers a world of taste in every crunch.  With the snack aisle continuing to see a…