This is (still) a man’s world when it comes to top posts in business, but it doesn’t have to be, and companies must champion this change by focusing on building inclusive, diverse teams.
A mostly female crowd has attended the first of FGC’s diversity seminars, an inspirational three-hour event that saw six FMCG leaders providing insights and encouragement.
The topic was clearly close to the speakers’ hearts, eager to tell how diversity (and the lack of it) affected their careers, and what their companies are doing to foster a culture of inclusiveness.

As a matter of fact, ‘diversity’ is not just about gender equality: it includes all the characteristics that make us different from one another, be it ethnicity, age, life experiences or personality traits. Besides the obvious ethical point, which is huge, diverse businesses are more successful in understanding their market.

According to Chris Quin, CEO of Foodstuffs North Island, the only male speaker at the seminar, organisations need to look like their customers to truly understand who they are, what they think. “We have to adapt to an ever-changing customer base,” Quin said. As part of this, Foodstuffs is in the process of refreshing its people’s strategy and company values, by welcoming real diversity within the team. “It’s not about the colour of their skin or their gender: it’s about how they help our performance.”

A self-defined ‘feminist’, Nestle’s CEO and FGC's first female chair, Veronique Cremades, knows all too well prejudices against professional women. “I am seeing lots of women with capabilities who have to make a bigger effort than their male colleagues, and it’s something that I don’t want to see anymore,” she said.
“It all starts with bias awareness. We are all biased, but the only way to unlock potential is by being curious rather than judgmental; by acknowledging the cultural differences and by allowing a good work-life balance.”

This same need for flexibility has recently prompted Alison Barrass to step down from her role as CEO of Griffin’s Foods and take on a position at Spark. “Being a CEO with a family is a pretty tough combination,” Barrass said. “Change should come from the organisations, by fitting work around life and not life around work. We need to celebrate family as part of work.”

Managing director of Mondelez International Australia and NZ, Amanda Banfield, pointed out there is still lots of work to be done, yet statistics are showing positive signs. Women themselves should lead the change by becoming more confident in their skills and ideas.
As for Mondelez, the company has three priorities: achieving at least 40 percent female representation, supporting flexible working in every area and mentoring the next generation of women leaders.

Having migrated to New Zealand from her native Canada, Shannon Kelly, group supplier engagement manager of Foodstuffs North Island, gave a heartfelt speech about the importance of being thirsty for learning and ‘uncommon’, despite society’s pressures for conformity.

According to Katherine Rich, the Food & Grocery Council will also be playing its part by supporting and mentoring 100 female members. If you want to participate, either as a mentor or a mentee, get in touch with the FGC. 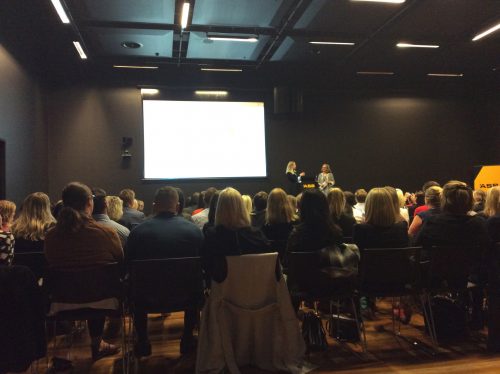 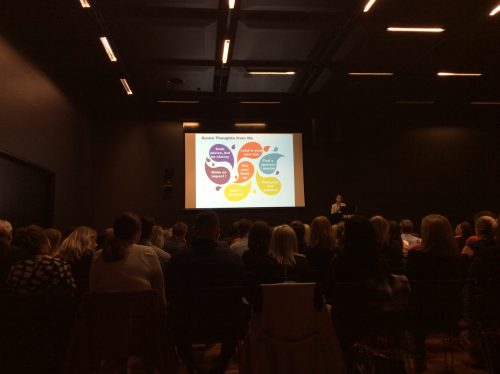 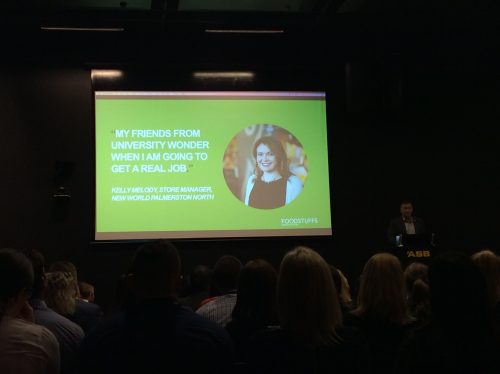 Say hello to the highest quality and most stylish kombucha on the market. Jiva is the Sanskrit word for “life”, and that’s exactly what…