Celebrating 50 years of New World Waitara, and 75 years of family grocer history, the Williams family are coming together with their community to celebrate their time as grocers.

First opened by Colin Williams in 1970, New World Waitara was taken over by his son John in 1992 and is now owned by grandson, Craig.

“Being a third-generation grocer means that our family has had the privilege of serving the Waitara community for the past 50 years. It’s been a real privilege to grow up in a community where we’ve had several families working with us. We’ve had team members who’ve worked with my father-and their kids are now working in-store with me," said New World Waitara owner-operator Craig Williams.

“I remember from a young age playing shop keeper, stacking shelves, and helping to serve customers after school and during school holidays," said John Williams, the previous owner of New World Waitara (1992-2018).

“Over the years we’ve seen the introduction of new technologies, a storewide expansion, and refurbishment all while ensuring a modern look and feel for the store.”

On Wednesday 21st of October, celebratory cake will be served up to customers alongside an in-store promotion which rewards shoppers for every $40 spent. Customers will go in the draw to win a trailer full of prizes including a brand-new BBQ.

“We’re excited to see how the next 50 years look for the store and are looking forward to seeing how technology will further develop and enhance our retail shopping experience,” added Craig. 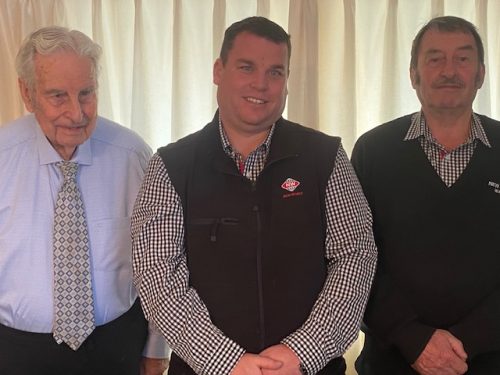 New World Clubcard has been voted the Gold Winner in the Loyalty Cards category of the 2020 Quality Service Awards run by Reader’s Digest. …