Kiwis are being encouraged to support local and buy world-beating olive oil made by New Zealand growers, who have won seven Gold Medals at the 2020 New York International Olive Oil Competition.

Olive growers from Waiheke to Wairarapa and Kapiti and Nelson to Canterbury won top accolades at the competition, considered to be one of the most prestigious in the world. New Zealand punched above its weight, taking home its best ever results against 26 other countries. 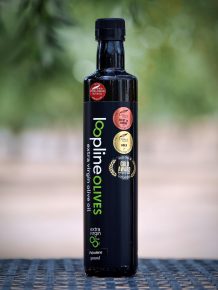 Stephen Davies Howard, owner of Loopline in the Wairarapa, won two golds, one each for his Picholene and Picual oils. He believes that if New Zealanders ever needed a reason to buy local, the time is now.

Woodside Bay Olive Oils on Waiheke Island is owned by Angela and John Goodwin and also won a gold medal. They have only 200 trees but say they’ve shown others you don’t need a massive orchard, or large amounts of capital investment, to create world-beating olive oil. 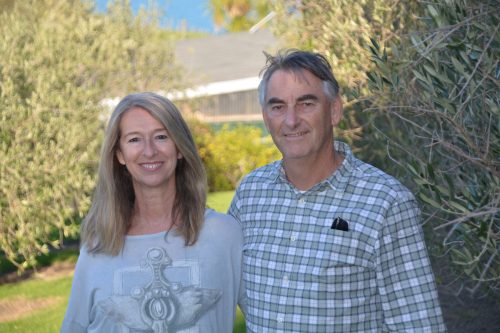 “Waiheke is a beautiful spot.  Here in Woodside Bay, we are lucky to be close to the water but to be tucked away. Post-Covid, we are hoping that New Zealanders looking to enjoy downtime close to home will find a way to our door and come and appreciate the food, wine, walking and olive oil that we have to offer here,” said Angela Goodwin.

Due to volumes available, most of the boutique produced New Zealand Extra Virgin Olive Oil isn’t sold in supermarkets.  Gayle Sheridan, CEO of Olives NZ, wants to encourage people to seek out our locally made, world-beating oils; buying directly from growers online, at speciality retail stores, or farmers markets when they resume.

“New Zealand has a maritime climate and a different environment from traditional olive-growing countries. Like the New Zealand wine industry, we produce distinctive and complex tasting oils that are suited to a variety of uses. Our olive oil is fresh, and fresh tastes best.

“Because of the boutique nature of the New Zealand industry there are only a few brands who export, so we want to issue the call for Kiwis to try something new, and support our world-class local growers,” said Sheridan.

Foodstuffs have announced today that the company is a finalist in the Efficiency Champion Category for the 2017 Sustainable Business Network Awards, thanks to…