A special range of ‘once-a-year beer’ that can only be created during the New Zealand hop harvest is has hit New World’s beer chiller shelves as brewers release their latest season of fresh hop brews.

Following fast work from hop growers, brewers, and logistics teams, it’s now up to beer fans to get in quick to snap up their chance to taste all the deliciousness of the 2022 hop crop in a can (or bottle).

What are fresh hop beers?

Each year while the New Zealand hop harvest is in full swing and the bulk of the crop is being preserved in pellet form, brewers get a fleeting chance to work with a small amount of their favourite ingredient: freshly picked hops.

Supplied within hours of being plucked from the bine (yes, bine), fresh hops are crisp, green, and bursting with pungent hoppy goodness – all qualities brewers aim to capture in each unique beer.

“Timing is everything with fresh hops,” explained Chris Anderson, head of all things beverage for Foodstuffs North Island.

“Hops are quite delicate, and it’s a race to get them picked, chilled and into brews before their best qualities start to degrade.

“Many brewers work one-on-one with their chosen hop growers to nail down the harvest of their fresh hops to a precise day and time, and then transport them to the brewery within hours – sometime by chartered plane – where bubbling brews are ready and waiting.”

For at least one brewer, it took less than 12 hours to get their hops from bine to brew. 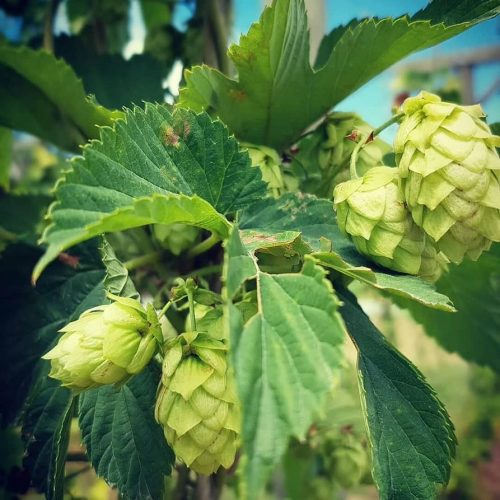 “Our friend from Eggers Hop Farm in the Moutere Valley was up at 5am picking the hops, so we could get them into the brew as fast as possible,” explained Luke Nicholas, owner and founder of Epic Beer.

“He even went through the field to personally select the very best plants for us, so we have the most aromatic and perfectly ripe Riwaka hops – a real cult favourite among beer lovers.

“The hops were delivered to Nelson airport by 7am, were in Auckland by noon and into the brew by 2pm the same day – so our customers can be sure they are getting some of the freshest fresh hop beer around!”

Timing remains critical once the beers are ready too.

“Like the hops, fresh hop beers must be handled with care and kept chilled for the best fresh taste,” continued Anderson.

“Our stores work closely with brewers to get their stock from brewery to New World chiller shelves quickly, so customer can enjoy them in perfect condition.”

Participating New World stores across the North and South Islands will stock a selection of fresh hop beers from a range of 18 brews – the largest number the supermarket has optioned to range since it began supporting fresh hop beers back in 2018.

Nature’s role in when different hop varieties are ripe for picking, means releases to the supermarket shelf will span through the month of April.

“Numbers of each beer are very limited across the country, and last season’s fresh hop favourites sold out within a week of arrival in some locations.”

NIELSEN | If you can’t see it, it must not be there, right? In the fast-moving consumer goods (FMCG) market, this couldn’t be farther…