Fifty years ago, man took his first steps on the moon as Nasa came to the apex of the space race, and planet earth came to a standstill as 600 million people watched on. Celebrating this historic moment has, for many brands, a lot of pulling power, with some celebrating the milestone and others questioning whether it actually happened.

On the 20th July, Oreo unveiled its latest creative in celebration of the 50th Anniversary of the Apollo 11 moon landing. Consumers who twist off the biscuit outer would see that the circle of crème filling is not too dissimilar to the surface of the moon. The ‘One giant lick for mankind’ creative was rolled out across London as well as the brands’ social media platforms. 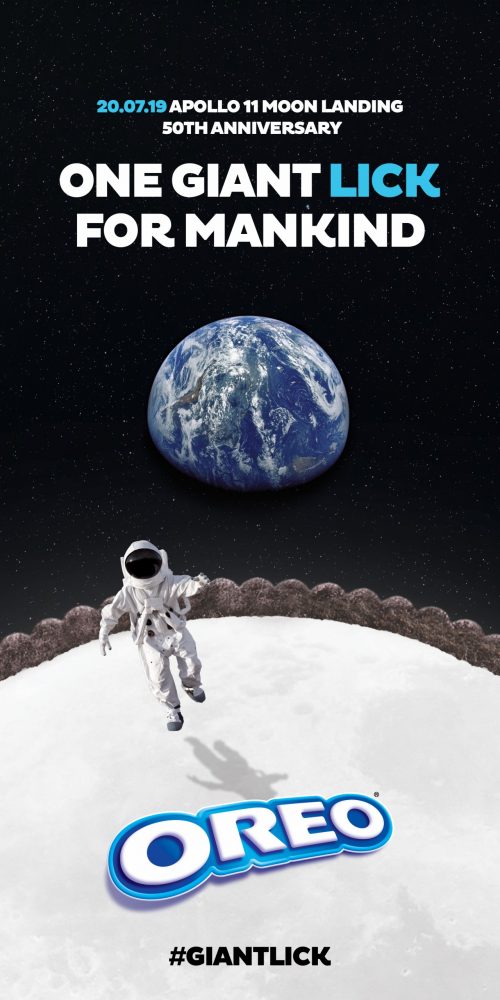 “We wanted to spotlight our key eating ritual – Twist, Lick, Dunk – focussing on a part of this for the creative,” said Joanna Dias, senior brand manager for Oreo. “We know the ‘lick moment’ forms a crucial part of the enjoyment of an Oreo and we felt this creative cemented the ritual in a topical and highly cultural moment.”

Executed by Golin, the campaign replaced the moon surface with the Oreo cookie crème filling. The brand has previously tied in the iconic biscuit with other events including the 2015 Oreo Eclipse, the ‘Dunk in the Dark’ creative for Superbowl, and the latest US collaboration with Pride.

Alongside the campaign the brand launched a limited-edition flavour menu that includes a marshmallow moon cookie. The packaging glows in the dark and the moon-landing designs on the cookies and purple marshmallow crème. 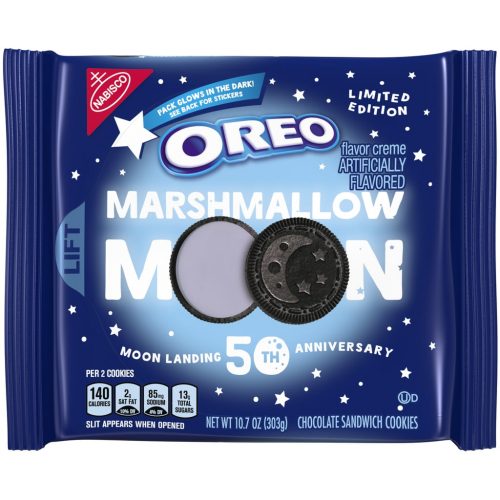 Budweiser also celebrated the milestone with a limited-edition beer brewed specially to mark the determination of the American spirit. It was inspired by an old Budweiser recipe used at the time of the moon landing. Brewed by former US Air Force Captain and Budweiser brewmaster, Karissa Norrington. 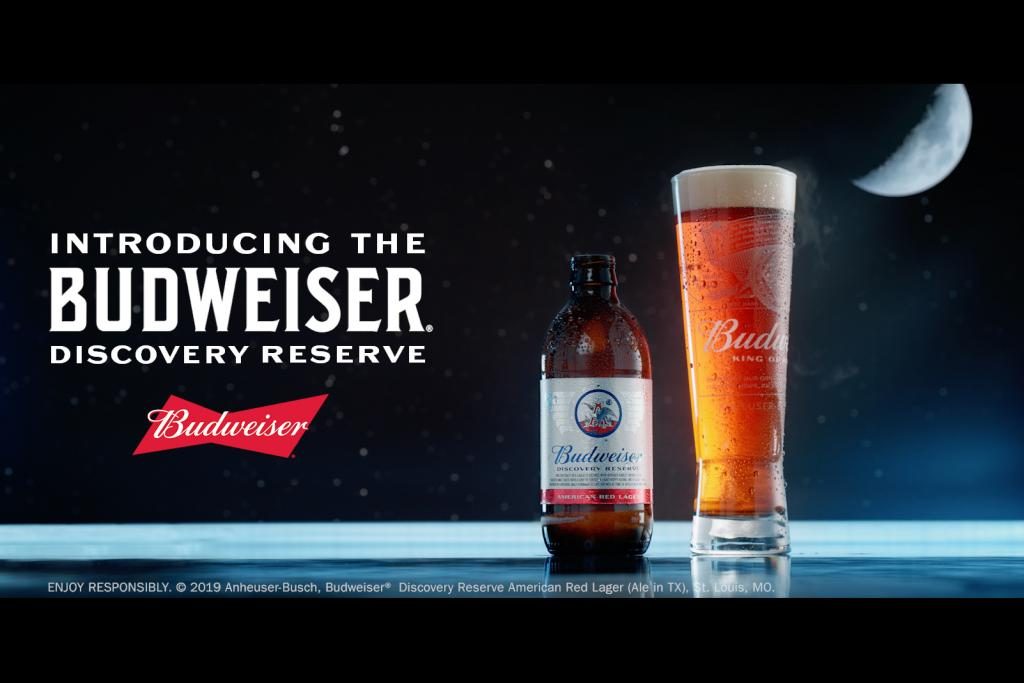 The special edition not only commemorates the pioneering American spirit but also recognises and acknowledges the US Air Force which worked in partnership with the NASA space programme.

Its packaging also is a nod to the momentous occasion with the 11 stars on the label representing the Apollo 11 mission and the alternating bottle caps represent the footsteps on the moon and the next frontier.

Krispy Kreme celebrated the anniversary with the launch of a new type of donut. The ‘Original Filled’ is a twist on its classic Original Glazed donut with two choices of fillings. “Krispy Kreme was at the launch of Apollo 11, serving fresh donuts to Americans witnessing lift-off of this monumental mission,” said Dave Skena, CEO for Krispy Kreme. “As America celebrates the 50th anniversary of the moon landing, we wanted to give our fans a new taste experience that is out of this world.” 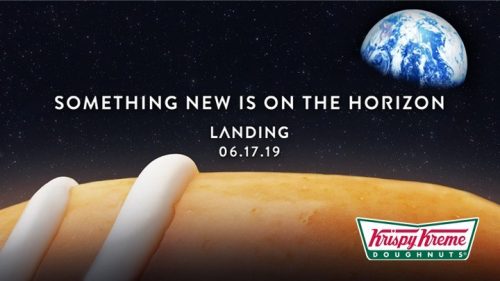 “That’s one small bite for man, one giant leap for donut-kind.” 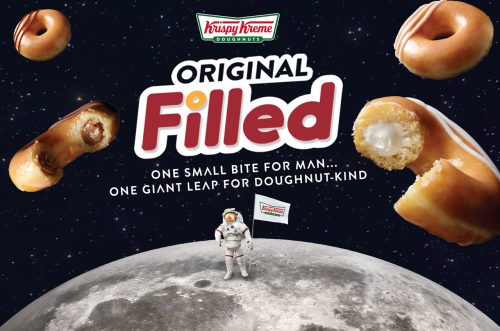 So whether you believe it or not, the moon landing has been a PR dream for some brands. Marketing the Moon: The Selling of the Apollo Lunar Program calls it, “the first positive viral event that captured the world’s attention.”

Half a century on, several brands have taken the opportunity to celebrate and promote products in light of this momentous occasion.

You: What does the moon taste like? Us: Marshmallows, obviously. Marshmallow Moon OREO cookies have just landed (with glow-in-the-dark packs)!* . . . *Available in the United States.