The innovation, which comes as a drone, robot or handheld device and requires an upfront cost of $50,000 per device, aims to solve overstocking issues once and for all, by providing valuable insights on the actual in-store demand and measuring how quickly stock gaps are addressed. The company is also designing upgrades to enable the device to restock shelves as well. 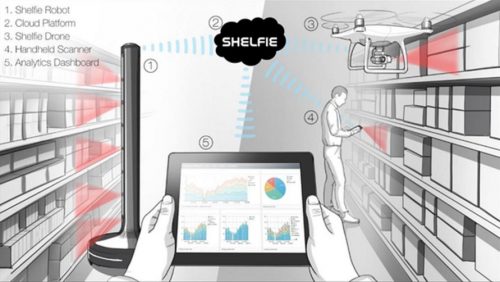 According to Shelfie CEO Darren Younger, the system can deliver cost savings of up to $300,000 per store per year, while freeing up time to be invested in other operational areas.

The Australian-born robot was unveiled earlier this month in New York in partnership with Microsoft, and Younger said he is already negotiating with British retailers over the sale of 2300 devices. Back home, however, Shelfie has received a rather feeble response, with Both Coles and Woolworths reportedly ‘shilly-shallying’. Younger blames it on a lack of strong competition and digital maturity, and warned Australian retailers against the danger of 'sitting back and watching' as companies like Amazon eat up market share.

Countdown has presented its third annual Trolley Report, a detailed analysis of NZ’s grocery trends based on the purchasing behaviour of Countdown’s 2.8 million…