The Trumpet ice cream has been a fixture of Kiwi summers since 1964 and dairy giant Tip Top does not want to share the iconic cone’s name.

“We see that one of your desserts is called ‘Trumpet’, and we’re thrilled that you’re fans of our Trumpet icecream,” Tanner wrote. “However, we’re sure you will understand and appreciate that Trumpet is an important trademark to us, so we’re reaching out to ask you to please call your delicious-looking dessert something else.”

“It's an iconic dessert, and we don’t really have many of these amazing dishes. You could rattle off 20 French dishes as a layman, even more Italian dishes. But in New Zealand, what are our well-known dishes? When you think about a dessert it is right up there, it's legendary,” said Bayly, adding he simply wanted to pay homage to a great Kiwi brand. 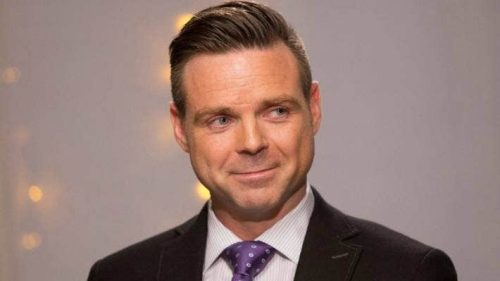 “In fact, it's a missed opportunity for them because we're heaping praise on them and paying homage to an iconic Kiwi dessert.”

Ahi sent confirmation to Tip Top that they had changed the menu and the ice cream was now known as a ‘Waffle cone – boysenberry and pōhutukawa honey’.

Ahi – meaning fire in te reo Māori – is billed as fine dining meets laidback sophistication, and offers modern takes on Kiwi classics such as boil up toast and hāngī pāua. Linking the meals to the land is in keeping with Bayly’s philosophy of aiming to tell New Zealand’s food history.