ANUGA this year proved once again that 99 percent of innovation was found in beverages. Covering categories from children to sport to natural alternatives. This year we saw a big boom particularly in ginger-based products from countries across the globe. Many exhibitors were extremely interested in the New Zealand market. Here are four of our favourites so far. 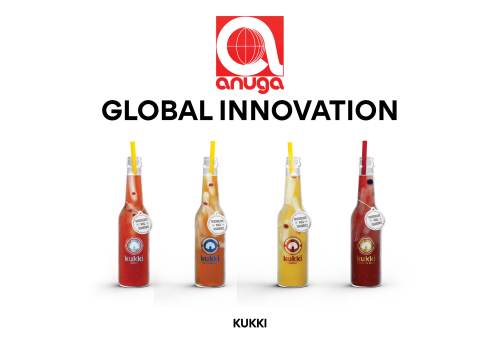 Co-founder Andy Romanowski explained that it all started his best friend Josef Klemm grew up in Bad Tölz in Southern Germany. “As a young man, he didn’t like the taste of beer which is unheard of in the town he grew up. He always liked drinking cocktails but could never get a proper one when going out to festivals or clubs,” Romanowski said. “This is when he started experimenting with cocktails with ice in bottles. Twelve years later after completing his traineeship as a plumber and doing his masters in engineering, he decided it was a good time to turn that idea into reality.”

Kukki is the first ready-to-drink cocktail which already comes with ice cubes and fresh fruits inside. At their German-based production, they only use the best juices, fruits, spirits and ice to create great tasting cocktails that will last 12 months at freezing temperature. Kukki is free from artificial colours or other preservatives and their patented technology allows them to offer a drinking experience the world hasn’t seen before.

The kukki cocktail range includes a special toaster that turns the frozen beverage into ready-to-drink cocktail within 30 seconds. “We’ve been on the market for only 12 months but have already won national and international awards. We have grown from just 3 to 23 full-time staff so it’s safe to say our drinks are pretty popular.”

The range includes five flavours and are about to release another three. The team also has a number of other innovations up their sleeve coming out soon. Romanowski said he was blown away by the amount of new customers they met at ANUGA, including a new international crowd from Peru, Mexico and New Zealand.

For more information on kukki or to become a distributor, email Andy Romanowski at andy@boozeme.de. 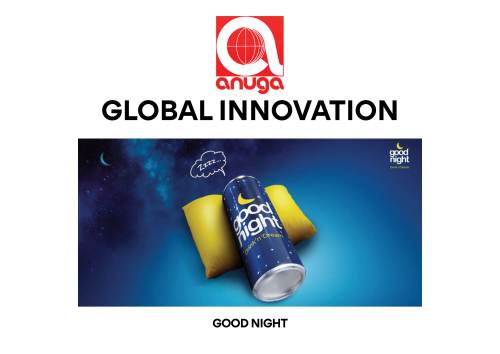 Popular for its ability to relieve stress and naturally aid a better and deeper sleep experience, Good Night is a premium 100 percent natural herbal non-alcoholic drink.

Made in Austria, Good Night has a two-year shelf life and relies on lemon balm and hops extracts to deliver the best results. “We are giving people energy back in form of healthier alternative given by our nature. Sleep. We don’t rely on refined sugars or caffeine,” explained COO/CCO Peter Balent. Targeted at busy families, students and athletes; sleep is essential for the body and no other chemical or synthetic can replace it. “There are hundreds of processes of regeneration in our body while we sleep and critical for each of us,” Balent added. Good Night is also available in hotel minibars.

The lightly carbonated, fructose-sweetened drink has no preservatives, artificial colours, sugars or intense sweeteners. Widely available in retail and health food stores, gas stations, spas, universities, hotel and holiday cruises and minibars, duty-free shops, airlines, airports and pharmacies. This year being the brand’s first time showcasing at ANUGA, they have raised the interest of hundreds of distributors with immediate orders from countries such as Iran, Philippines, Canada, and South Korea.

“We are open for partnerships in Australia and New Zealand, anyone who can place well the product and choose the correct marketing strategy to reach the customer is valuable for our distribution network.” 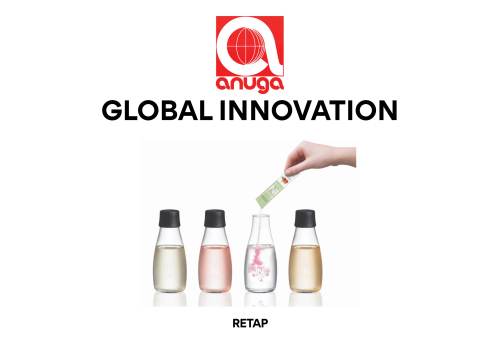 Founded by three enthusiastic entrepreneurs from Denmark who were initially influenced by reading about the accumulation of plastic trash in the oceans consisting mainly of plastic bottles. During the 2009 UN climate meeting held in Copenhagen (COP 15), the trio became more aware of the negative impact of bottled water on the environment. “We felt that something had to be done. So we set our minds on designing a bottle that is specially designed for drinking tap water that will help reduce plastic waste around the world,” said brand manager, Robert Hjernberg. Their most popular product is the Retap Bottle 05, but the team is currently working on making Retap Induse their ‘flagship product’. Retap Infuse is a supplement to drinking plain water and is an alternative to drinking bottled flavoured water and other sugary beverages. Compared to bottled ready-to-drink beverages, Retap Infuse is a more convenient and sustainable way to hydrate. Available in four different flavours, Retap Infuse is always combined with two or three different fruits or herbs in the same stick – for example, Raspberry and Mint – to get the right balance of taste. The flavour range that they have developed for the first four flavours have a distinct adult, maybe also a little Scandinavian flavour tone. “It’s not a strong penetrating taste, but merely a hint of a flavour.” The bottles are also available in three different sizes and a carafe, all made in durable and reusable glass. “We are looking for distributors in many places around the world and New Zealand is one of them.” A highlight of ANUGA has been the reception of Retap Infuse regarding taste and design from buyers. “We are really overwhelmed by the interest and all the positive feedback,” said Hjernberg. “We really feel that the visitors had a genuine interest in our product and company.” 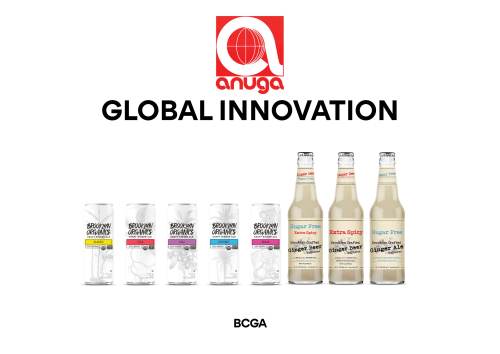 BCGA Concept Corp is a Brooklyn-based craft beverage maker that specializes in ginger ales/beers. “Our mission is to share our bold, spicy ginger brews, made with ingredients you can trust,” explained Carolina Navarro, BCGA account executive. Established in 2010 inside a shared space with a noodle and dumpling factory in East Williamsburg, it came time to expand in 2014. BCGA stayed true to its Brooklyn roots and moved into its current home in Bushwick. The recipe for BCGA’s initial brand, Bruce Cost Ginger Ale, can be dated back nearly 30 years when Bruce Cost introduced his own herbal version of the ginger ale to his Monsoon restaurant in San Francisco. Made on premise at 11 restaurants later, the ginger ales were finally bottled in 2010 through a partnership with Terry Tang following years of success as a signature beverage. In 2016, BCGA expanded its brand portfolio and now include Brooklyn Crafted, Brooklyn Organics, and Bruce Cost Ginger Ale, offering a wide variety of craft beverages enjoyed on their own or mixed in cocktails. Their hero product is their original Bruce Cost Ginger Ale which Navarro added that without it, they wouldn’t have a base for all their additional flavours. BCGA products are unique because they use only natural ingredients, with the Bruce Cost Ginger Ale only using four-ingredients; carbonated water, fresh ginger, pure cane sugar and citric acid. BCGA currently has 20 different ginger ale and ginger beer products. For more information, contact Garlim Zhou at garlim@bcga.com.

Here are our top five products to stock in the trending FUNCTIONAL BEVERAGES category. For more information and insights see our latest issue of Supermarket News…