The UK government is contemplating a ban on the sale of energy drinks to children in England. Offering his views on the news is Jonathan Davison from Beverage Analyst at GlobalData – a leading data and analytics company.

“Considering a ban on energy drinks sales in the UK defined by age might seem premature given the already pervasive impact of the recently introduced sugar tax. A handful of energy drinks brands have reformulated their products and the 22 percent volume sales increase of low-calorie energy drinks in the UK in 2017 vs 2016 would suggest the industry is making progress,” said Davison. 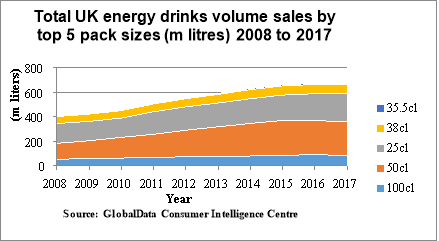 “Such action from the government would of course have an effect, but if reducing caffeine and sugar intake is the goal another approach could simply be to look at capping energy drink pack sizes instead. Larger energy drink pack formats have fast become the norm in the UK, particularly 50cl which has more than doubled in volume over the last ten years to dominate the category. Limiting energy drink pack sizes to 25cl and below, and potentially the quantity that can be purchased, could go some way to addressing the current concerns without the need for an outright ban.”

Owner Bruce ‘Pic’ Picot bought a jar of peanut butter in 2007, took it home, made some toast and took a big bite. Disgusted…