As the country prepares for Rugby World Cup 2019, Heineken has commissioned research looking into how and why Kiwis will be engaging with rugby during the tournament – and found that most New Zealanders (51%) will be following rugby because they want to be part of the conversation with those around them. The bonding opportunity provided by chatting about last night’s match proving particularly important for young men, with 64% of 18-34 year old men following rugby so that they can talk about it with mates, family and colleagues.

To help Kiwis be part of those rugby conversations, no matter what sort of fan they are, Heineken has invented a ‘talking water cooler’ that each day will deliver three pieces of rugby news as people fill their cups with water. It will literally be delivering ‘water cooler conversation’ information, so even if people aren’t necessarily super-fans and haven’t watched every match, they will be armed with enough knowledge for conversations with their colleagues and friends.

The Heineken Water Cooler will wirelessly download information each day, and will also deliver responsible drinking messages aimed at those planning on heading out to watch the next match.

In addition to the water cooler, every morning Heineken will be delivering these fresh pieces of rugby news across digital billboards around the country and on many popular Kiwi websites - to help arm people with the information needed for chatting about rugby the day after.

“Stemming from the insight that Kiwis want to be part of the rugby conversation, but don’t necessarily watch every match or know all the rules - we’ve invented the Heineken Water Cooler. The water cooler, alongside our digital billboards and ads, should give people enough knowledge to make sure they are in-the-loop for discussions about rugby over the next few weeks. The idea is to make people’s lives easier and facilitate those conversations, so that people who may not always follow rugby can participate in the water cooler chat during Rugby World Cup 2019™,” said O’Donnell.

The Heineken NZ Rugby Survey 2019 also uncovered a number of other interesting truths around how and why we watch rugby (see full summary below):

- It’s official, we’ve got rugby fever. Even half of those who hardly ever or never watch rugby may watch or follow during Rugby World Cup 2019™ (51%)

- A whopping one in five Kiwis would consider pulling a sickie from work to watch Rugby World Cup 2019™ (nearly one in three men! 32%)

- We love watching and talking about it, but not many of us play. While 64% of men and 18% of women have played or still play rugby, only 3% nationwide claim to play rugby now.

For those hoping to fill up a glass and catch the latest rugby news, the Heineken® Water Cooler will be placed at a number of workplaces around Auckland during the tournament – and will also be placed at the Auckland International Airport (at the Heineken Flight Bar) between 20th-30th of September 2019. 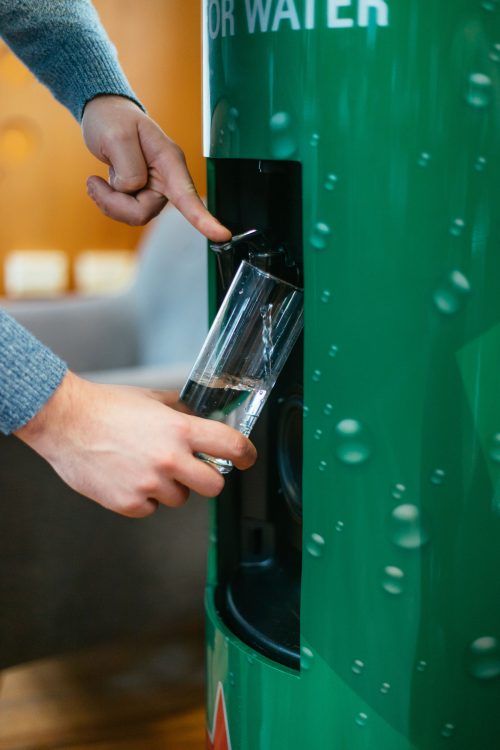 Scandinavian insect food brand, Entis has launched a new protein powder that is dairy, gluten and soy-free. The protein powder is made from vegetable…