Accounting for over 86 percent by volume of all our exports and nearly 57 percent of the bearing national vineyard, Sauvignon Blanc is what put New Zealand on the world’s wine stage—and it happened so fast and so naturally that we could barely remember a time without it. 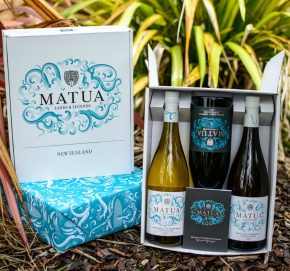 Even though iconic viticulturist Romeo Bragato imported the first Sauvignon Blanc vines from Italy in 1906, it wasn’t until 1974 that Bill and Ross Spence from Matua Valley marketed the first bottles. With hindsight, it was a history-changing event for a winery that had started operating only five years earlier from a small tin shed in West Auckland. Today the majority of plantings of Sauvignon Blanc in New Zealand are direct descendants of the vines that Matua grew in the 1970s, often nicknamed the ‘Spence Clone’.

Over the following decades, the brand has grown to become one of NZ’s most awarded and internationally successful wineries, appealing to most palates and occasions, and particularly popular with consumers aged 35-54. Matua’s portfolio of Sauvignon Blanc, Chardonnay and Pinot Noir wines includes three award-winning tiers: the fruit-driven Regional Range (teal label), the Lands & Legends Series, and the Single Vineyard Collection.

A regular presence at overseas wine exhibitions and expos, Matua currently exports globally to all key markets around the world, including Australia, US, UK, Canada, Sweden and South East Asia. 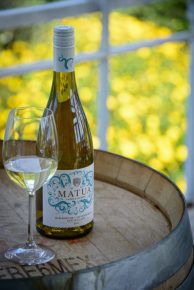 With a passionate team of eight and an energetic chief winemaker like Greg Rowdon, the company plans to keep up with the good work.
It was Rowdon's mother who suggested him to pursue a career in winemaking, as he had always enjoyed science in high school. “Thinking about it now, I suspect she may have particularly liked the idea of getting some free wine,” he said, jokingly.

Things got serious after he tried his first glass of New Zealand Sauvignon Blanc. It was love at first sip. “Unlike other wines I’d tasted, I was genuinely taken aback by how it could be so packed with flavour.”
After completing a Bachelor of Science at the University of Auckland, and six months before starting a Masters in Science majoring in Winemaking, Matua offered him a role in the cellar. 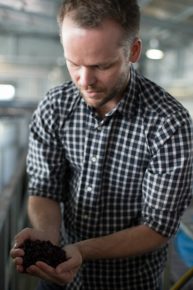 “I love to make wine, and I really enjoy the breadth of the role. I like to keep things simple and believe fruit is paramount. Most of my thinking is about preserving and showcasing the fruit, then adding subtle touches of complexity along the way,” he said. “The textural or mouthfeel element of wine is also very important to me. There is a lot of emphasis on what a wine smells and tastes like, but how it feels in your mouth can add a whole new experience.”

At Matua, sustainability plays a huge role too. All grapes are grown sustainably and accredited by Sustainable Winegrowing New Zealand, and in 2013 the winery undertook a significant redevelopment of its wastewater treatment facility.

The numerous accolades received over the years are a reflection of this commitment to quality, but there is one vintage, in particular, Rowdon is personally proud of; the Matua 2011 Single Vineyard Chardonnay. “It was a very enjoyable wine to drink, but to see it receive seven major trophies and be recognised by so many shows and wine critics was really satisfying.”

More recently, the company has been working hard in the background on its Pinot Noirs and has made a few subtle changes, mainly involving picking a little earlier. “Hopefully people will see even fresher, more fruit-driven wines from vintage 16 onwards.”