Whittaker’s is proud to reaffirm its commitment to quality and to making all of its world-class chocolate locally through a recent factory expansion at its one site in Porirua.

Matt Whittaker said expanding the facilities enables Whittaker’s to meet growing demand from Whittaker’s Chocolate Lovers, in both New Zealand and in a growing number of international markets, while continuing to control quality all the way from roasting cocoa beans ourselves to finished chocolate.

“The new architecturally-designed, purpose-built facility behind our existing buildings is for all of our roasting of cocoa beans and nuts, as well as sorting and quality assurance of other ingredients," said Whittaker.

“While we have been doing all of this onsite within our existing facilities to date, the reality is that we have outgrown them and we won’t compromise on our beans-to-bar chocolate making approach because we believe it’s the best way to ensure we meet the high standards we set ourselves for quality."

The Whittaker’s Chocolate factory was first established at its Porirua site in 1969. While some office and storage space was added on an adjacent site in 2015, the new facility that is being built is the first stand-alone factory-specific addition.

“The significant investment we’re making now to expand our factory reflects Whittaker’s long-term commitment to New Zealand, to our local community, and to our local suppliers of the quality ingredients we use in our chocolate."

Alongside the improvements to the factory facilities, Whittaker’s is also focused on other developments to position it for the future. This includes the recent appointment of siblings Matt and Holly Whittaker as co-Chief Operating Officers, working alongside CEO, James Ardern, and Andrew and Brian Whittaker.

With a strengthened leadership team in place, Whittaker’s is undertaking a comprehensive, phased sustainability programme, which includes: initiatives to reduce waste; shifting to 100% ethical cocoa and full traceability over time to meet Whittaker’s commitments as a signatory to the World Cocoa Foundation’s Cocoa & Forests Initiative; and a major review and testing of innovative packaging options to enable a phased transition to robust and genuinely sustainable packaging for all of Whittaker’s products.

James Ardern, Whittaker’s CEO, said there is a huge programme of work underway that reflects the family’s genuine focus on good business practice and on being very thorough at every step to ensure they get things right.

“While this means it will take time to achieve all of Whittaker’s sustainability goals, there are some other great things happening along the way. One example is Whittaker’s Cocoa Improvement Programme in Samoa, which involves Whittaker’s sourcing Samoan cocoa and working directly with cocoa farmers there to help them increase the quality and quantity of their cocoa yields, with flow-on benefits to their communities,” said Adern.

Whittaker’s focus on supporting cocoa farmers in neighbouring Samoa to build more local supply of cocoa beans is an extension of its commitment to sourcing ingredients locally as much as possible, as the family-owned company has done throughout its over 120-year history.

“We’re delighted to be able to continue to build Whittaker’s future right here at home where we have great suppliers, great staff, and a supportive local community,” said Whittaker. 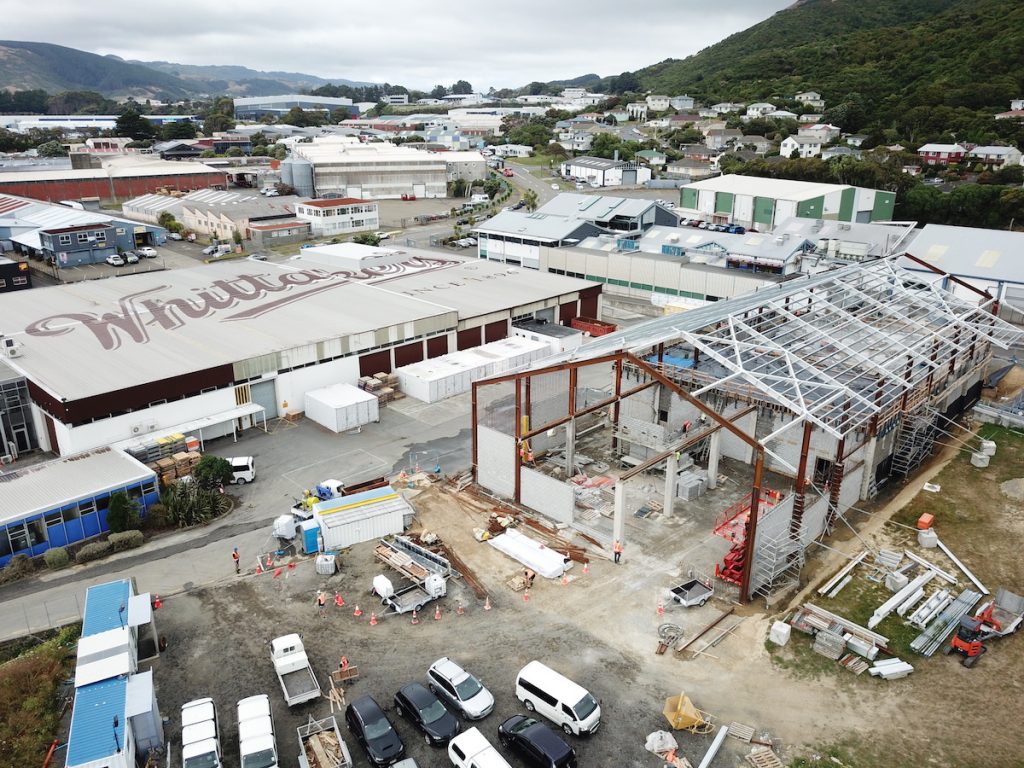 Kellogg celebrated World Environment Day by launching its 2016/2017 Corporate Responsibility Report – Nourishing Families SO They Can Flourish and Thrive. “Every day, Kellogg…